When it comes to visiting Germany’s capital, you can be swamped by the scale of it and all its sights. How do you spend your time there? Do you tour the galleries and museums? Sit in the parks? Discover the Cold War history of West and East Germany? Luckily for you, we’ve found the top 5 things to do on your extended stay in Berlin.

Before you start making your plans for spending your free time, we recommend you get your accommodation sorted first. Serviced apartments are the way to experience any short or long term stay in Berlin. They offer all the comforts of home and come equipped with all the amenities you require for a relaxing and tranquil trip to the city. Check out all the serviced apartments in Berlin before you make your trip.

Now, back to business. Below you’ll find our top 5 picks:

How to spend your time in Berlin

Take a trip to Museum Island

If you love culture and history then this is where you should head off on the first day. Opened in 1830, the Museum Island gives the public access to educational and scientific knowledge that can develop their understanding. 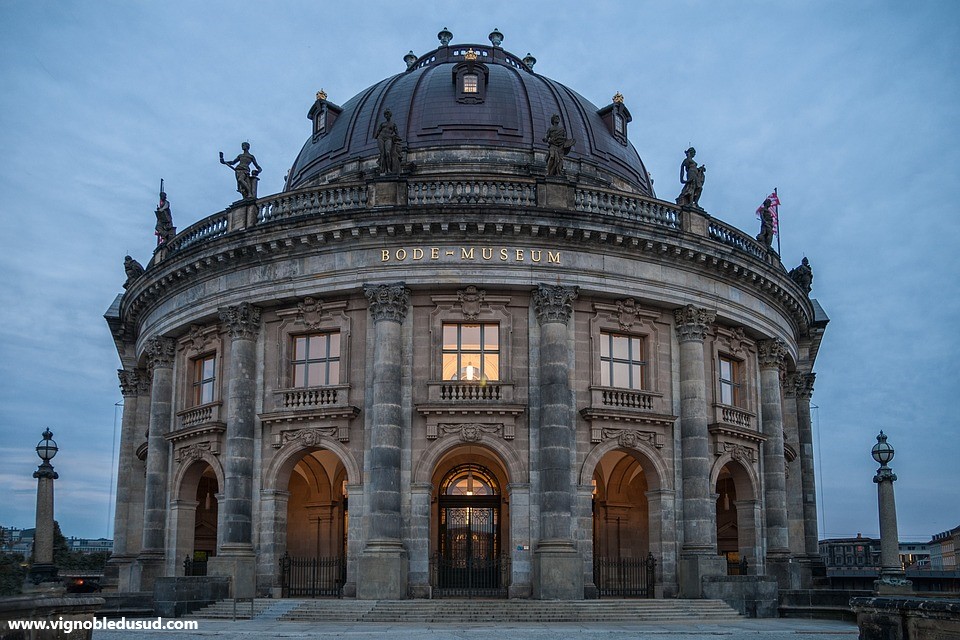 Straight out of the Enlightenment, you’ll learn so much as you explore the five museums that shed so much light on many aspects of the German character. These include:

Most people think of the Berlin Wall or the Brandenburg Gate (we’re getting to those) when they arrive in Berlin but this is the hidden diamond in the city.

Once a symbol of oppression by the Soviet Union, the Berlin Wall is now a monument to those that failed to cross it and to a new Germany that is united without borders. While the vast majority was taken down, some sections still remain – most famously the East Side Gallery that was decorated by artists after its fall.

See the iconic “kiss” between former Soviet premier Brezhnev and SED Party Chairman Erich Honecker on one of the slabs or the graffiti that decorates it so deliciously. There are other sites in the city that are dedicated to the Berlin Wall, such as the Berlin Wall Memorial in Bernauer Strasse, the Berlin-Hohenschönhausen Memorial, a former Stasi remand prison, and the green Mauerpark.

No trip to Berlin is complete without observing and understanding a vital point in 20th century history, both for Germany, Europe and the world.

Spend a day at Berlin Zoo

One of the most visited zoos in Europe, Berlin Zoo is a huge attraction and is not to be missed. The zoo and aquarium cover 86.5 acres and contain 1,380 different species and over 20,200 animals. It is one of the most comprehensive collections in the world and will take you all day to explore.

Whatever your favourite animal is, you should be able to find it here buried within a safe habitat. Some of the top picks in the zoo include Knut the Polar Bear and Boa Boa the Panda.

Discover the infinite diversity of the animal kingdom when you have a day out here, and learn our place within it.

Get a photo with the Brandenburg Gate

Constructed by the Prussian King Frederick Wilhelm II between 1788 and 1791 as an entrance to city of Berlin, it became the symbol of the its division during the Cold War as neither West nor East Germans could access it due to the construction of the Berlin Wall.

Now it stands for the unity of the German people amid well over a century of divisions and world wars. On top of the gate, you will see a statue known as the “Quadriga”, which depicts the goddess of victory driving a chariot pulled by four horses.

If you want to see a symbol of Germany’s strength, resistance and unity, surely this is the spot.

Go on a shopping escapade

No trip is complete without an old fashioned shopping adventure. Berlin, like most capital cities, has much to offer any traveller that has a passion for shopping. There’s many places to shop till you drop. You won’t be disappointed. Shopping attractions include

All these shopping areas deliver the goods, sales and good times that you’re looking for. Make some time to wander round each and every one of them.