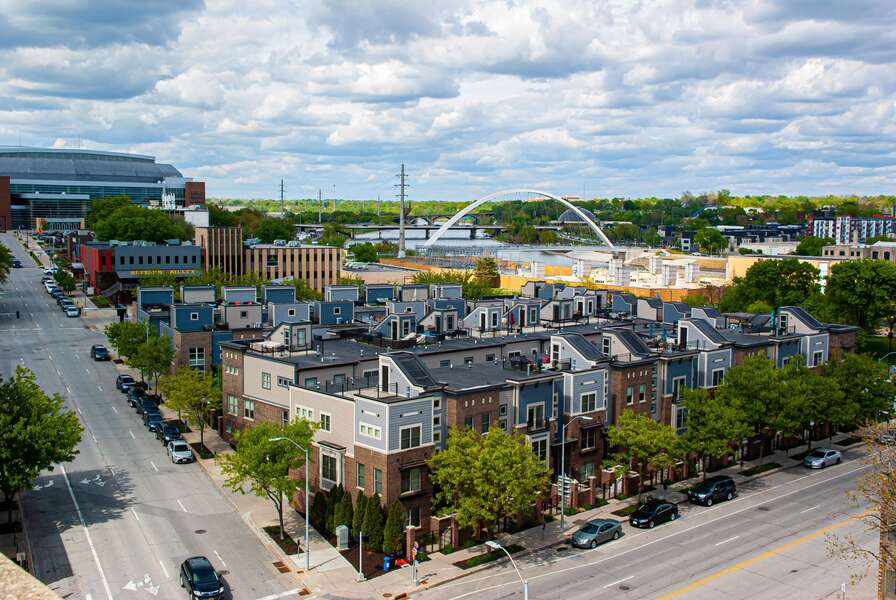 The most popular T-shirt at RAYGUN, a well-known clothing store in Iowa’s capital city, reads “Des Moines! Let us exceed your already low expectations!” It won’t take long to make good on its offer: this insurance town in flyover country is quietly but genuinely cool.

A vibrant cultural scene, inventive restaurants, a wealth of breweries, and a network of lovely bike trails make Des Moines a legitimately fun place to visit. And if you’re looking for a new city to call home, the low cost of living, strong job market, and affordable housing make it super popular with transplants, too. Des Moines is actually growing at a faster rate than any other Midwest metro, including Chicago, Milwaukee, and Minneapolis.

All that growth, innovation, and Iowa earnestness has helped propel Des Moines to become more than just a dateline in caucus season in recent years. Sure, you could keep waving from cruising altitude, but here’s why taking a trip to one of the Heartland’s most dynamic cities is worth it.

Eat, drink, and shop in the East Village

Downtown Des Moines is bisected by the aptly named Des Moines River; everything between the river and the gold domed Iowa State Capitol Building is considered the East Village. The hip area is home to award-winning restaurants, cool boutiques, and solid dive bars—all with a counter-culture bent.

If you’re hungry, swing by Alba for upscale American fare, or Lucca for Italian—both have noteworthy wine menus and a reputation for only using the highest quality ingredients. The vegetarian and vegan set should check out Dirt Burger. And for elevated comfort food and hangover cure-alls, The Breakfast Club won’t let you down.

When it comes time for libations, try the tiki-themed Bellhop or barcadium Up-Down (if they’re serving macaroni and cheese pizza by the slice, do yourself a favor, get it). Open since 1937, Locust Tap is a beloved local dive with strong drinks, graffitied walls, and inexplicably, a prosthetic leg hanging above the door. Around the corner is The Blazing Saddle, the oldest gay bar in Des Moines.

Beyond touring the Capitol, other things to do include seeing a show at Wooly’s or strolling around the Greater Des Moines Botanical Garden, where there’s a massive collection of bonsai trees and tropical plants. Be sure to pop into RAYGUN for apparel and home goods decorated with phrases (inside jokes, really) that have special meaning to Midwesterners, and then head next door and browse the shelves at Storyhouse Bookpub.

I get it, Iowa isn’t the first place that comes to mind when you think of outdoor adventures. But there are actually over 800 miles of bike trails within the Des Moines area.

Arguably, the most iconic is the High Trestle Trail. It’s on a decommissioned and converted railroad line that snakes 25 miles through five nearby cities: Woodward, Madrid, Slate, Ankeny, and Sheldahl. The highlight of the multi-use path is the half-mile, 13-story High Trestle Bridge that overlooks the Des Moines River valley. It’s one of the largest trail bridges in the world.

The Neal Smith Trail is another popular option that follows the Des Moines River for much of its 26 miles. It passes through wildflower meadows, dense forests, and Big Creek State Park. Or for something easier and breezier, jump on the five-mile Meredith Trail and head to Gray’s Lake. Just south of downtown, the lake also has a two-mile path, is a lovely spot for a picnic and offers paddle board and kayak rentals. From the sole bridge there are views of the Des Moines skyline—and even from there, you can see how worthy a destination the capital city is.

Be impressed by the craft brewery scene

There’s quite a bit of fandom for Busch Light in Iowa (makes sense—it’s made with corn). But Iowans choice for kegger beer isn’t indicative of its collective palate. Des Moines has a beer scene that rivals far larger cities (and the pints are a hell of a lot cheaper).

There’s el Bait Shop, home to 262 drafts (the largest collection west of the Mississippi River). The venue is consistently ranked amongst the top beer bars in the nation, largely due to its religiously maintained taps and ability to score hard-to-get suds from across the country.

Newer to the scene is The Hall, with over 50 domestic and international tap handles. For potent potables that had less of a trek, there’s Iowa Taproom, home to 99 beers all from the state of Iowa (yes, there are usually multiple Toppling Goliath beers and yes, you should get them). Other bars with regionally specific focus include Hessen Haus (mostly German or German-style bevvies), Red Monk (Belgians), and The Royal Mile (British).

There are over 20 breweries in Des Moines; Court Avenue Restaurant and Brewing Co., Confluence Brewing and Exile Brewing Co. are the three most seniored. At the latter, order the Ruthie lager, named for a 1950s-era Des Moines bartender who made headlines as far away as Australia for her unusual, famous serving style. It involved balancing a pair of glasses on her chest, pouring the beer, and delivering the vessels to the tables without spilling or touching the glassware. And just down the street from Exile is Lua Brewing; though it only opened in November 2019, it’s already made a name for itself as a must-visit for hop heads.

Where to stay in Des Moines

When the Savery Hotel (now known as The Renaissance Des Moines Savery Hotel) first opened in 1919 as a gift from James Savery to his wife Annie, a notable women’s right activist, it was the first hotel in the state that had separate bathrooms for each guestroom, a true luxury at the time. In the more than 100 years since, the massive red brick hotel in the heart of downtown has continued to be one of the most opulent—in 2018 it wrapped up on a $20 million renovation. It’s close to popular entertainment venues, like the Wells Fargo Arena, the Iowa Events Center, and the Des Moines Performing Arts Center.

Nearby is the Surety Hotel, another historic building, though one that started it’s life as an office building for financial and insurance companies. Now it’s one of the most luxurious accommodations in town and just two blocks from the Court Avenue Entertainment District, where on Saturday mornings the popular Downtown Farmers’ Market takes place. 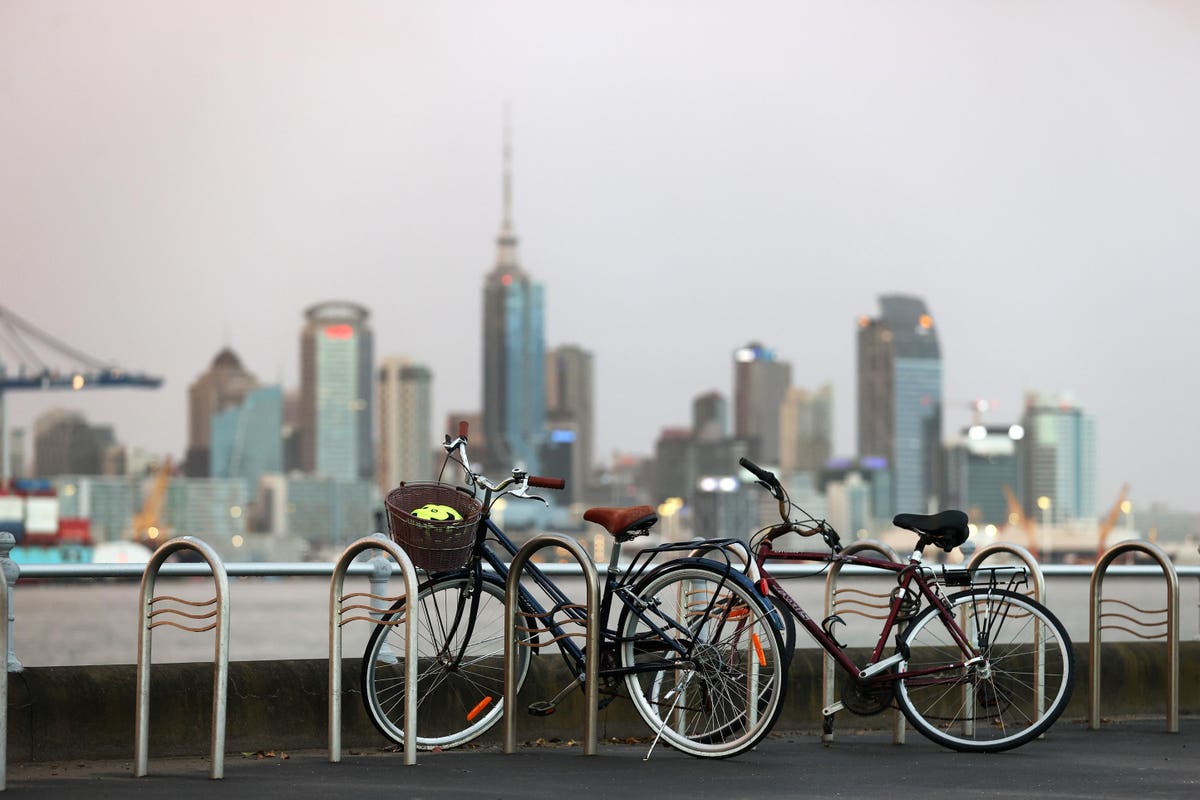