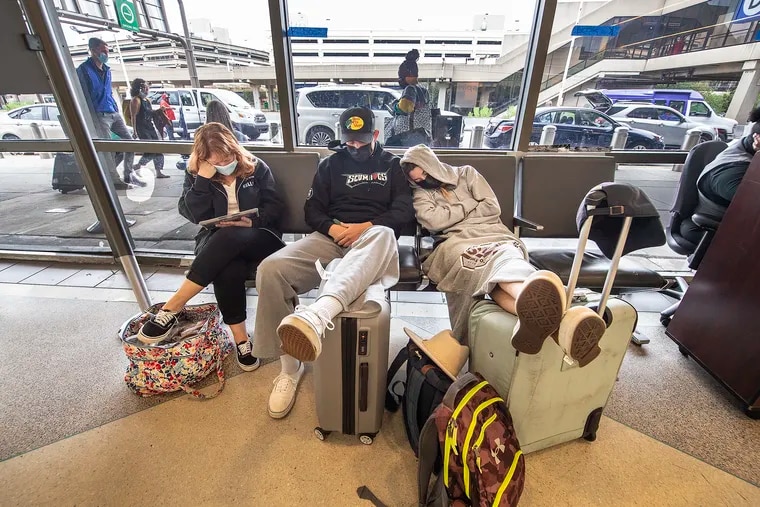 Philadelphia-area travelers who had vacations scheduled in such places as Mexico or Orlando via flights with the low-cost Spirit Airlines have had to rearrange their plans due to cancellations that have affected the carrier since Monday.

Twenty-four flights had been canceled at Philadelphia International Airport as Spirit faced operational and weather-related problems. There were 17 flights canceled Monday, making up 54% of Spirit’s Philly flights; and seven were canceled Tuesday, comprising 41% of its local flights.

Some travelers have had to sleep at the PHL while finding other flights home, 6abc reported.

“We’re working around the clock to get back on track in the wake of some travel disruptions over the weekend due to a series of weather and operational challenges,” Spirit Airlines said in a statement. “We needed to make proactive cancellations to some flights across the network, but the majority of flights are still scheduled as planned.”

The advocacy group Travelers United said the cancellations and delays are caused by Spirit having too many flights and not enough personnel, but Spirit did not confirm the specifics of the operational issues.

“This is just the tip of the iceberg because they just don’t have the people that they need in order to run the schedule which they published,” Travelers United spokesperson Charlie Leocha said. “After the pandemic and the lack of flights, we’ve got a real shortage of airline workers who are trained pilots, flight attendants, telephone operators, checking agents, and gate agents.”

Philadelphia is not the only city where cancellations are occurring. Many other cities such as Fort Lauderdale and Atlanta have been affected, CNBC reported.

According to FlightAware, an aviation company that tracks flights, 40% of Spirit flights nationwide were canceled Tuesday, for a total of 275.

In Philadelphia, American had seven canceled flights Monday, 3% of its flights. On Tuesday, it canceled 7%, or 14 flights.

Marie Winters, 47, and her family were on their way to the airport Monday when her husband received a notification that their flight to San Juan, Puerto Rico, was canceled. They thought they could find an alternative at the airport, but they couldn’t.

“There was a big line all over the terminal and it was all from people whose flights have been canceled by Spirit,” said Winters, a resident of South Philadelphia.

The family had planned this vacation for more than six months because they didn’t get the chance to travel during the pandemic. But the cancellation of the flight also brought the end of their holiday, she said.

“They offered to give us travel credits or a reimbursement, but all the other flights around this time had last-minute prices that we couldn’t afford,” Winters said. “We’re still waiting to get our money back but my husband is very optimistic.”

The same morning, Anabelle Rodríguez, 48, was also going to take the Spirit flight to her home, San Juan.

Rodríguez, who is based in Queen Village, was shocked when she saw the line in the airport and disappointed when she discovered that the flight was canceled.

After negotiating with Spirit, she was able to get her costs reimbursed. Now, she has an American Airlines flight Wednesday that she hopes doesn’t get canceled.

“Accountability matters,” Rodríguez said. “If I’m flying on an economy airline, I’m not expecting champagne or a red carpet, but I am expecting clarity and accountability — that is not a luxury service, that is basic service that we expect when we give our money in exchange for a service.”

At Atlantic City International Airport, which relies almost exclusively on Spirit flights, Kathy and Brian Todd were rescheduling a canceled flight back to Myrtle Beach, S.C.

”We could not do it online,” Brian Todd said. At the airport, things were quiet and the two emerged with new tickets for Wednesday with their Wawa coffee still steaming, an extra day with South Jersey family assured because of Spirit’s troubles.

“My boss is losing his mind,” said Brian Todd, a nurse.

Mark Padulla, of Atlantic City, meanwhile, came to the airport to purchase a ticket to Florida and was turned away. “You can’t even buy a ticket,” he said. “They wouldn’t even sell me one.”

On Monday, he said, security guards wouldn’t even let him inside the terminal. “We’re living in crazy times,” he said. 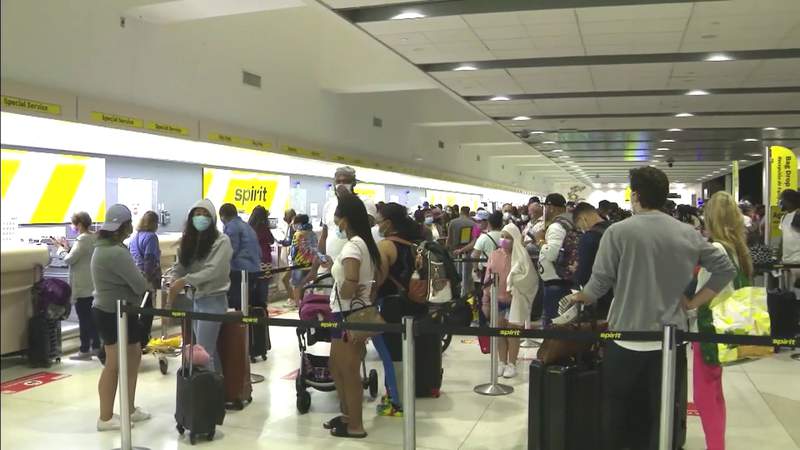