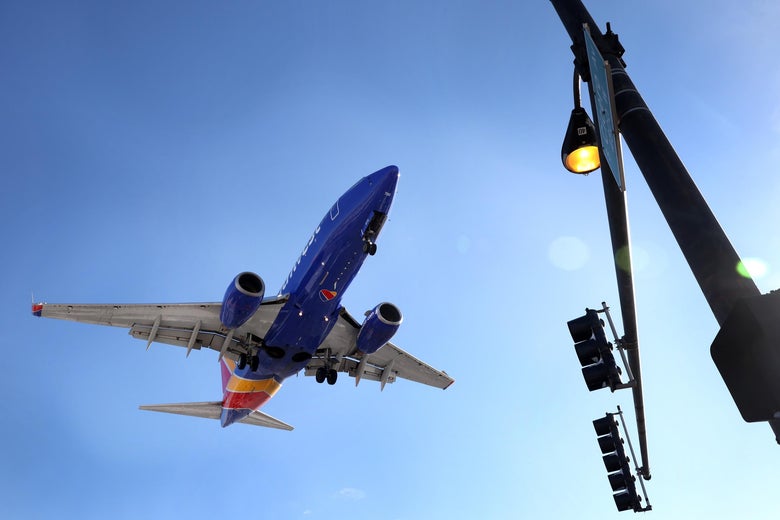 There’s been a lot of heightened tension in the skies, and that can be chalked up to the travel rush right now: A lot of trips have been delayed, and people are trying to make up for time spent at home in relative isolation. From the drop in flights last year to the sudden jump in air trips booked this year, has the pandemic made for a uniquely horrible time for flying—or have the terrible experiences we see now been a while in the making? Has flying gotten demonstrably worse, and if so, how? To explore this issue, I spoke with Scott McCartney, who writes about airlines in the Wall Street Journal’s Middle Seat column, on Tuesday’s episode of What Next. Our conversation has been edited and condensed for clarity.

Mary Wilson: What do people tell you is the most enraging thing about flying?

Scott McCartney: There’s a whole world of airline policies that frustrate the heck out of out of passengers, like traveler’s inability to get refunds when airlines cancel flights and people are entitled to refunds. What we’ve seen this summer is frequent, multiple schedule changes even for people who have tickets ahead of time for Christmas. They may have already had two or three schedule changes that changed what they bought, and it feels like a bait and switch to them. And it is: You buy a nonstop flight and then you get switched to a connecting flight, it’s not the same product. The lack of reliable information and communication is a huge problem in this business. People hate it when they feel like airlines are lying to them or when the story keeps changing, or even something like when the skies are sunny and the airline says your flight’s been delayed by bad weather and there’s not an explanation. It may be a legitimate thing because there’s bad weather at the place where the airplane that’s going to fly them is, or where the crew who’s going to fly them is. But airlines don’t explain that well. Airlines have written their policies for their benefit, not for their customers’ benefit.

One thing I read is that every flight fare you purchase is a contract and the terms and conditions may apply, and everybody checks that box. You have written that airlines are changing what those terms are, maybe to the dismay of passengers. I was just wondering how you found that out, and what some of the things they might be tweaking are.

You can tell how frequently they change the terms because it’s called contract of carriage and it’ll have a date on it for when it was last updated. A lot of it is subtle, responding to changes made lately for pandemic reasons. There was stuff that I and others wrote about immediately because they were so wrong. United, for example, in the early days of the pandemic, changed the terms and conditions on when it would issue refunds. It’s actually a no-no to change the terms on tickets that are already purchased. The rules that were in place when you bought the ticket? That’s the contract you agreed to. You can’t retroactively go back and say, hey, we’re going to change that on you.

And they tried to?

They tried to and they had to roll it all back. Airlines were canceling so many flights in the early days of the pandemic, and the federal rule is when the airline cancels the flight, it has to offer the option of a refund. The way the federal law is written, if it’s a “significant” change, the airline has to offer the refund option. Airlines have defined significant in different ways. but generally, it’s about 90 minutes, two hours, three hours. United’s first change was 23 hours or something. So it can’t get you there one day—it’ll get there the next day. That is a huge change, and they did that because they wanted to minimize the number of refunds they were going to have to pay out. They got flak about that, cut it back to six or eight hours, and then finally said, fine, we’re going back to what we had before, which was two hours. That was that was one episode where the importance of the contract of carriage comes into play.

Airlines are very short-staffed, which surprises me because my understanding was that they’ve gotten more than $20 billion over the past year in two different relief measures passed by Congress. How is it that they haven’t been able to keep more workers employed?

The federal funding was really to preserve the jobs of pilots, flight attendants, mechanics, other necessary personnel. It didn’t cover the outsourced people. It didn’t cover the telephone reservation lines people. It didn’t cover the wheelchair pushers or the guy who drives the fuel truck for the fueling company. It takes so many people to get an airplane loaded in and off the gate and on its way. Airlines have been hurt by that, and they’ve had to cut flights out of schedules because they didn’t have enough wheelchair pushers or other people. Some of this is of their own making. We’ve seen a massive restructuring of where airlines fly in the pandemic: People aren’t flying internationally, and they want to go different places. Bozeman, Montana, is having this huge boom in air travel. But the airline may not be able to get enough gate agents in Bozeman, because those weren’t jobs that existed before at that place. You have to go hire new people or send in people from other cities.

The job has gotten tougher for flight attendants. There are more people packed into the cabin and they’re flying all day. They’re subject to the same delays and cancellations and frustrations as everybody else they’re dealing with, with customers who are pissed off before they even onto the airplane. So many attendants took leave and some of them have not come back yet. I think the labor challenges show you both the complicated nature of the business and the notion that it’s not just the people wearing the uniforms who run the airlines. There are all kinds of people throughout the airport, throughout the ground staff in many different places.

When the airlines do jerk us around, our recourse is limited, because deregulation exempted the airlines from state-level oversight. If an airline is bilking you out of a refund, you can’t go to your state attorney general and expect help from the consumer protection office. The only sheriff in town is the federal Department of Transportation.

The Department of Transportation has not been effective at all. We basically had two transportation secretaries—the second one under Obama, and then the only one under Trump—who did very little or, as consumer advocates would say, did nothing in protecting consumer rights in air travel. The DOT is the only body that that governs this.

About 10 years ago, there were a lot of complaints about how planes would leave passengers stranded on the tarmac for hours. High-profile cases of this prompted Congress to pass the Air Passengers Bill of Rights, which was enacted in 2011. You think that’s due for an update?

Very much so. By the way, tarmac delays are a great example of the sheriff actually doing their job. Ray LaHood was the secretary of transportation, a Republican in the Obama administration, and he got really pissed off that people were getting stranded for 10 hours at a time, sitting on an airplane with no services because of airline screw-ups. So DOT put through a rule with really heavy penalties if airlines caused those delays. Lo and behold, airlines figured out a way to fix the problem. They didn’t raise ticket prices, they didn’t disrupt travel, they just figured out a better way to manage it.

I do think there are some key areas, some of which we talked about, where it is time for more passenger rights. And I think the consumer has really been left behind here. There are some simple things government could do without imposing a whole lot of new regulation, but doing some things to level the playing field.

Get more news from Mary Harris every weekday. 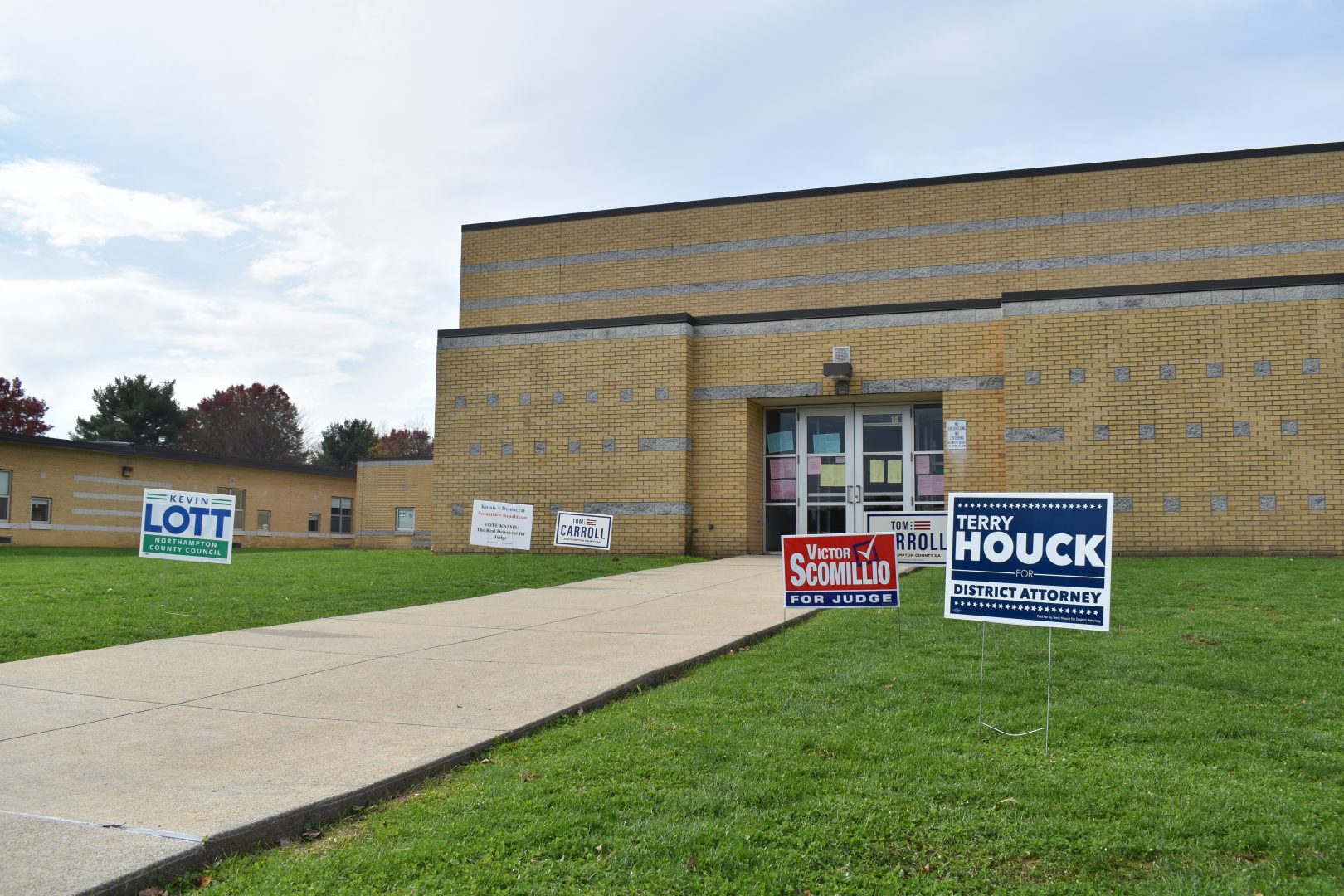 Voters on both sides in this Pa. swing district worry about rising prices

Remarks by President Biden on the Build Back Better Agenda 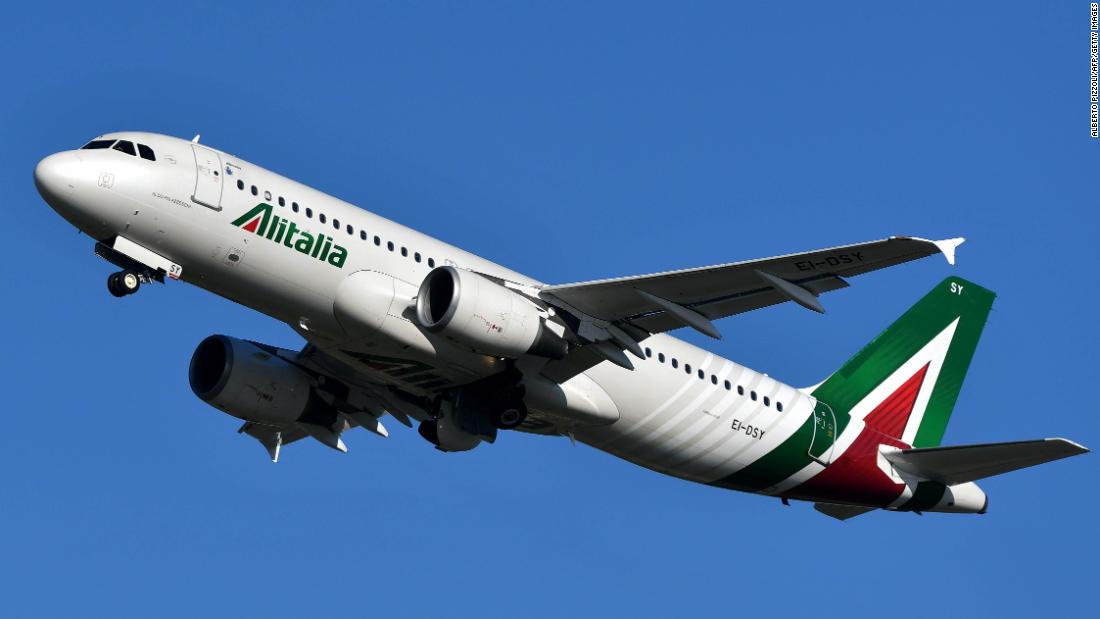 ‘A piece of flying Italy around the world’: The rise and fall of Alitalia