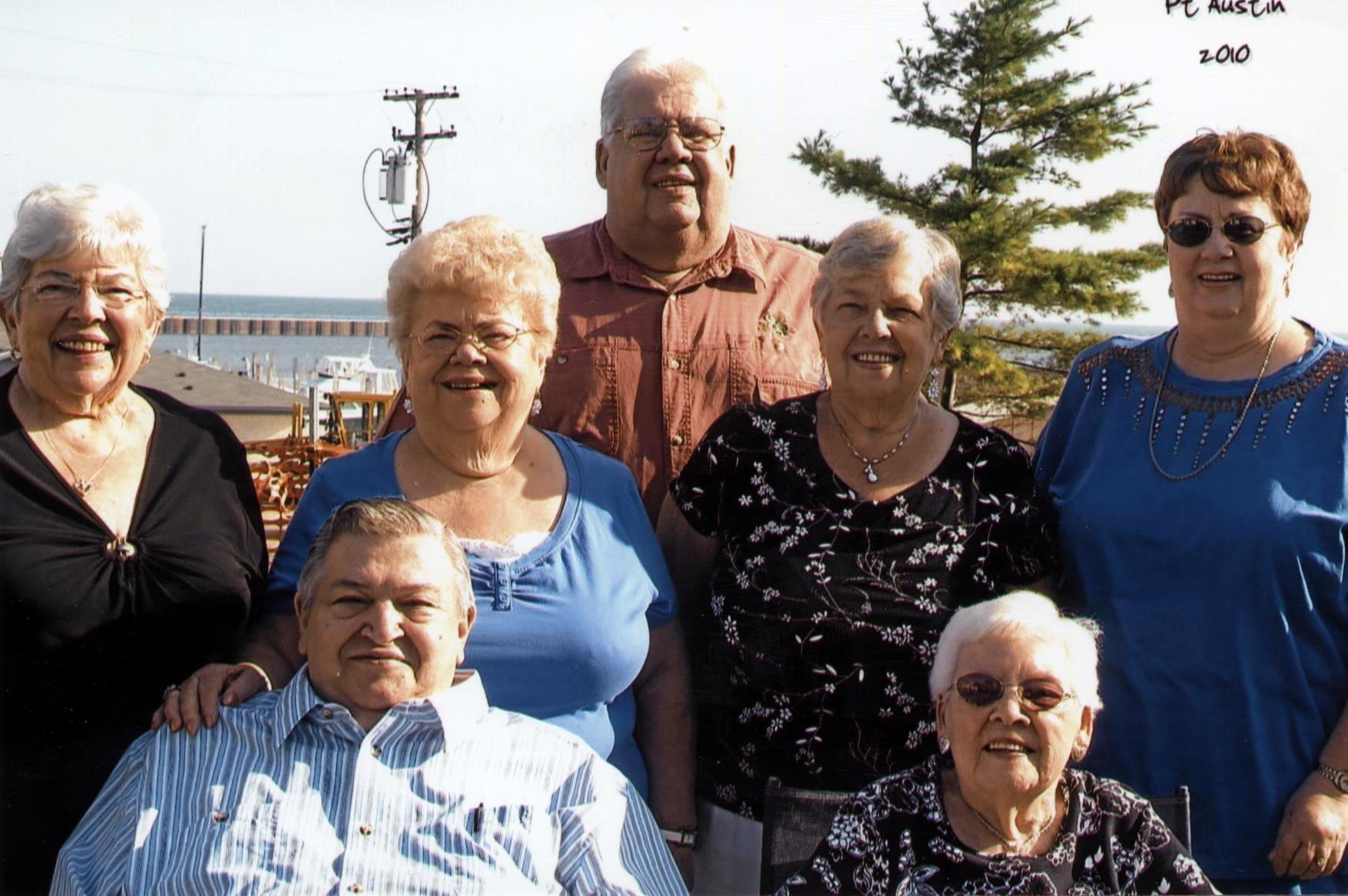 “Reunions mean something different to me than a vacation,” Cugini said. “I don’t know how to explain it. To me, this is just a family vacation.”

Cugini notes that a reunion is typically a planned, one-day event, but her family’s annual vacation in Port Austin means so much more to her and her family.

“This is a whole week of us being together, and think about that: a family can be together for a whole week, and still go home all loving each other,” Cugini said.

This annual family get-together goes back nearly 40 years. Cugini said Port Austin is a “home away from home” for five generations of her family.

“We love it here, we just absolutely love it in Port Austin,” Cugini said. “This time together here means everything to us.”

When her family first vacationed Port Austin in the 80s, Cugini said it was just her parents, husband and children. Over the years, these get-togethers grew.

At first her family only rented one cottage, but they added another and another until Cugini’s family took over four cottages.

Cugini said typically there are around 20 people who show up every year, but the number has gone up to 40 in the past, with family members from all across Michigan, Ohio and Texas visiting.

This year Cugini said she — as always — is excited for her visit to Port Austin to catch up with friends and spend time with her family.

“I have a little great-grandson, who is 5 years old, and his dad took him fishing in Lansing where they live,” Cugini said. “The first thing he told his dad is, ‘I can’t wait to show Nana how to fish.’ So I went out and bought a new fishing pole because I haven’t gone fishing for years.”

For Cugini, the vacations are an opportunity for her to enjoy what Port Austin has to offer and spend some valuable time with her family.

“I have had so many people say to me, ‘Do you know how blessed you are?’ Yes, I do,” Cugini said. “Have we ever argued and disagreed about things? Of course. But have we ever been mad at each other for any more than a day? No. We’re all different people, but my grandparents and parents would never let us stay mad at each other.”

Even with the pandemic, Cugini has never missed a year since the 80s to visit Port Austin. She said the family vacations are so integral to her family, she believes they will go on even after she’s gone, carried on by her children and grandkids.

Cugini said her family has purchased bricks in the Port Austin veterans’ memorial for different family members, noting that “even after we’re gone, we’re still going to be there.”

“(Port Austin) has such a special spot in our hearts,” Cugini said. “We have such beautiful memories from there. Over a 40 year period, you can imagine all the memories that we’ve built up there in that town.”

Everybody Has a Story: ‘City Slickers’ vacation hard to rustle up

Best mountain resorts in the U.S.

How to Enjoy Family Vacations When You’re Always the Planner