The first year, I picked a camp in the North Cascades that turned out to be a real working ranch catering to hunters, not families. When we arrived, we decided to take a bike tour of the trails around the ranch. After our bike tires were flattened in 30 minutes by thorns on the rugged pathways, we decided to take our hosts up on the horse-riding experience.

The ranch hadn’t had many dealings with inexperienced tourists. We were taken on a trail that offered the quickest route back to camp. Unfortunately, we had to descend a cliff to reach the ranch, riding straight down canyon walls. Shaken and grateful to survive this white-knuckle ride, we decided one ride was sufficient for that trip. But this left my family still keen to get to a “real ranch” that would be more like their vacation fantasy of comfortable trail rides on tamer horses.

The second year, I chose a camp in the Deschutes River area. Shortly after arrival, the hills around the camp burst into flame. The range fire drove all the snakes into our camp and cabins. We evacuated and spent the next day sitting in a nearby river, shared with other animals seeking refuge, as embers rained down on our heads. Again, a shortened vacation that missed that “City Slickers” experience.

The third and final year of the camp series was meant to correct all former misfortunes. I chose a camp near Goldendale. Based on the accolades in the charming brochure, I felt I had made a solid choice.

Around dark, after an hour of off-road driving, we arrived at a camp on Bureau of Land Management land, located in the extreme backwoods. Right away I realized there had been some creative writing in the brochure. The “lodge,” built out of repurposed wood from other structures, mostly doors and salvaged trees, was reminiscent of hippie-commune architecture. Although a sturdy three-story structure, it was primitive and relied on occasional power from a generator. There was also no indoor plumbing, and the “facilities” were quaintly constructed Hobbit-house latrines.

Creative Ways To Save On Family Vacations 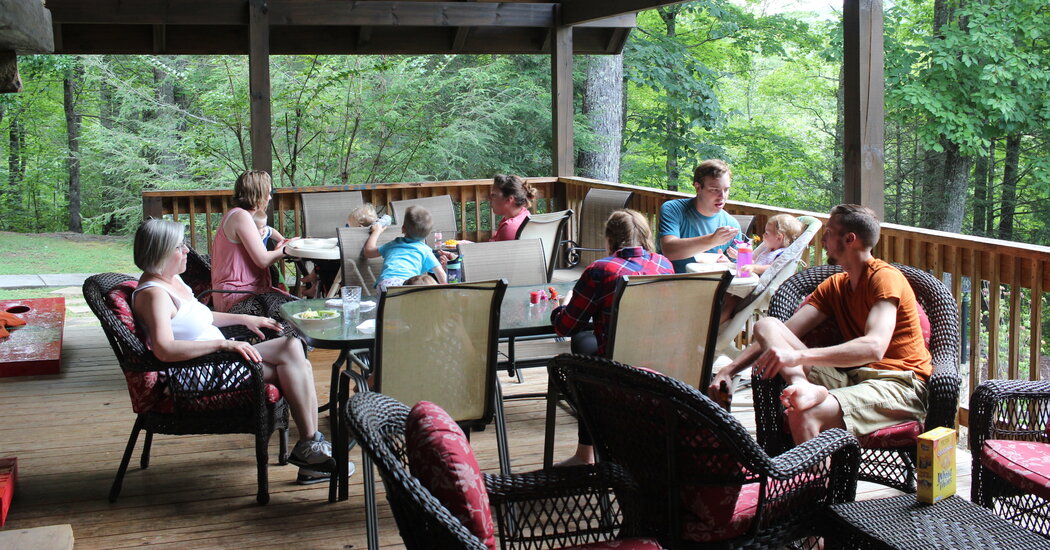 How to Have a Fun, Multigenerational Family Vacation

How to Enjoy Family Vacations When You’re Always the Planner