OLD ORCHARD BEACH — Sarah Alexander prepared for the announcement about the U.S.-Canada border like she was watching a space shuttle launch.

With her mother on FaceTime from Montreal, the manager of the Beau Rivage Motel held her breath, counted down the minutes and thought of the longtime guests from Quebec who had booked vacations in late August. They all hoped that finally, after 16 months, the United States would open the border to nonessential travel and they’d be able to squeeze in a last-minute summer vacation in Old Orchard Beach.

But the July 21 announcement was not the news they wanted to hear.

The border between the United States and Canada will remain closed through at least Aug. 21, even though Canadian Prime Minister Justin Trudeau had announced two days earlier that Canada will allow fully vaccinated Americans to visit starting Aug. 9.

“It was a big shock,” Alexander said. “I think a lot of people were thinking the vaccine was the answer. Maine was doing so well, then Canada passed us with vaccines. It felt like a snowball rolling and everything was going well. Then they shut the door.”

The pandemic broke decades of tradition in Old Orchard Beach, a popular destination for French-Canadian tourists for generations. Many businesses that relied heavily on Canadian guests have stayed busy this summer serving visitors from other northeast states, many of whom were eager to travel but not yet ready or able to go abroad. Still, the absence of the Canadians for a second summer is noticeable and, for many, sad.

“The overall vibe of Old Orchard Beach has that French Canadian feel to it. Now it’s just gone,” Alexander said. “It’s definitely different. It took away that traditional feel.”

From left, Robert Bargabos, Tara Myers and Lucas Riedl sit on the pier at Old Orchard Beach on Wednesday. Bargabos and Myers came to visit Maine from Syracuse, N.Y., and it was Meyers’ first time ever seeing the ocean. Brianna Soukup/Staff Photographer

The announcement about the extended border closing prompted Gov. Janet Mills and the leaders of other New England states to call on federal officials to safely open the border.

“The State of Maine is inextricably bound to our Canadian neighbors,” Mills said in a statement after the July 21 decision. “Our ties stretch across our economy, our culture, and our families. The decision to prolong the border closure on our end only diminishes these ties, hurts local economies, and separates families, particularly in northern and eastern Maine, whose relatives in Canada will be unable to travel here to see their loved ones.”

The U.S. Travel Association estimates that each month the border is closed costs $1.5 billion. In 2019, Canadian visitors spent almost $1.2 billion in Maine, according to the Maine Office of Tourism. They spent $329 million in Maine stores, accounting for nearly one-fifth of all tourism-related retail expenditures in the state. Canadian day and overnight visitation to Maine that year accounted for 5.4 million visitors.

In Old Orchard Beach, it’s often said that 6 out of 10 summer visitors are Canadian, although no one seems to know exactly where that statistic comes from or how accurate it was. During a typical summer, it’s common to hear tourists speaking French as they sit on the beach, walk along the iconic pier or wait for food at the restaurants that line Old Orchard Street.

Business owners in town are holding out hope that the border will open in late August, allowing last-minute visits from longtime Canadian visitors who they say are eager to get back to the town.

“These people coming to Old Orchard (from Canada) are generational,” said Allan Buotte, who runs Pier Fries with his wife, Tiffany. “Their grandfather brought them and now they’re bringing their grandkids. They’re creatures of habit. They stay in the same hotels and campgrounds and eat at the same places.” Allan and Tiffany Buotte work the counter at Pier French Fries, the business they own in Old Orchard Beach, on Wednesday. The Buottes said that they miss seeing some of the familiar faces of the French-Canadian tourist, but that business has been busy with many tourists coming to the beach from neighboring Northeast states. Brianna Soukup/Staff Photographer

‘THE SAME PEOPLE WOULD BE HERE’

Visitors from Quebec began flocking to Old Orchard Beach around 1853, traveling by train from Montreal to Portland. After arriving in Portland, they would ride the Portland-Saco-Portsmouth line to the western edge of Old Orchard Beach, then take stagecoaches to the beach, said Dan Blaney, the town historian.

“Quebec is almost a straight shot right down to here,” Blaney said. “The beach was the big attraction.”

In 1873, the Portland to Berwick railroad was extended to run directly through downtown, bringing even more visitors. Big hotels and other attractions were built along the beach, cementing the town as a desirable summer resort for both wealthy and working class Québécois.

These days, it’s still common to see signs in French welcoming Canadian visitors. The Canadian flag waves outside of hotels and campgrounds. Downtown, the Museum in the Streets signs highlighting local history are printed in both English and French.

Many of the French-Canadian families that vacation in Old Orchard Beach come every year in July and August to stay at the same motels and campgrounds. The 7-mile sandy beach is the closest ocean beach to Quebec. Beau Rivage Motel manager Sarah Alexander stands outside the Old Orchard Beach motel on Friday. In a typical year the motel hosts a mix of guests from both the U.S. and Canada, but for the past two summers, it, and others in the town, have missed out on Canadian tourists because the border remains closed for noncommercial travel. Carl D. Walsh/Staff Photographer

Alexander, the manager of the Beau Rivage Motel, said she had gotten to know many of her Canadian guests well. They stay in touch in the off-season and she watches their children grow up. And their visits provided dependable income for the motel.

“We knew the same people would be here for the same week in the same room each year,” she said. “The lack of weekly or five-day rentals from our Canadian friends was a lot on us.”

Before the pandemic closed the border, Francis Talbot, his spouse and two children came to the U.S. on road trips from their home near Montreal four or five times a year. Every August, they spent a week in Old Orchard Beach, sometimes joined by other family members and friends. They love both the people and the place and are sad to miss out on their time at the beach, he said.

“We love Maine,” he said. “We like the people and the place.”

After holding out hope that the border would reopen in time for their beach vacation, Talbot and his family will instead head to Quebec City for vacation this year.

“It’s something missing in our lives,” he said of trips to Maine. Like other lodging businesses in town, the Beau Rivage has seen more visitors this year from New York and New England states. Though she hears often from her Canadian guests who have optimistically made reservations for the end of summer, Alexander wonders if Old Orchard Beach will continue to be a big draw for French-Canadians.

“There’s a certain part of me that worries the new staycations they’ve found nearby might suffice for them now that it’s two years in a row,” she said. “But there’s nothing like Old Orchard Beach. That’s something that Quebec doesn’t have.”

Before the pandemic, about 90 percent of guests at the Ne’re Beach Family Campground were Canadian. Their absence last year was devastating to the business, said owner Alan Weinstein. To get by, the campground relied on Paycheck Protection Program loans and other grants, and shifted away from daily and weekly rentals in favor of seasonal rentals.

Now more of the guests are Mainers or people who have come to work in town for the summer, Weinstein said.

“We’ve seen quite a new crowd of people we’ve never seen before,” he said. “Our campground has no room if (the Canadians) come back.” George Kalperis operates George’s Parking just off the main drag in downtown Old Orchard Beach. At 91, he’s a fixture here, working in the seaside community for six decades now. He says he’s not surprised to see the beach hopping this year. “People have been shut up for a year. This is their time to get out.” Brianna Soukup/Staff Photographer

BUSY AT THE BEACH

George Kalperis has spent 60 of his 91 summers running George’s Parking just off the main drag in downtown Old Orchard Beach. He’s used to the familiar blue and white Quebec license plates, but this summer has seen more than ever from New York and, to his surprise, places like Minnesota and Arizona.

“It’s amazing,” he said as he perched on a stool outside his business’s tidy bathhouse. “I’ve seen cars from North Dakota, for goodness sake. You name it, I’ve seen it.”

Kalperis is not surprised the beach is hopping this year with visitors from states within driving distance.

“People have been shut up for a year. This is their time to get out,” he said.

On a sunny Wednesday afternoon, the beach was crowded with families and dotted with colorful umbrellas. Tourists wandered in and out of souvenir shops, played games at the Palace Playland arcade and waited in line for slices of pizza. At Pier Fries, customers came in waves to buy boxes of french fries.

From his spot behind the counter, Buotte has also seen more tourists from across the Northeast. The influx of tourists was a huge relief for Buotte, whose business has stayed busy despite rainy holiday weekends and has been able to avoid many of the staffing and supply shortages that have plagued other businesses in town.

“To be honest, I’m not sure where Old Orchard would put the Canadians if they were here,” he said. “Some days have been just crazy down here.”

Both Buotte and Weinstein miss the familiar faces of Canadian visitors and say they hope they’ll return when the border reopens.

“I have no idea what’s in store for the future of Old Orchard when it comes to the influx of tourists from Canada. The beach has been full all year. We’ve never seen anything like this,” Weinstein said. “COVID is still completely changing everything at the beach.”

Please check your email to confirm and complete your registration.

Use the form below to reset your password. When you’ve submitted your account email, we will send an email with a reset code. 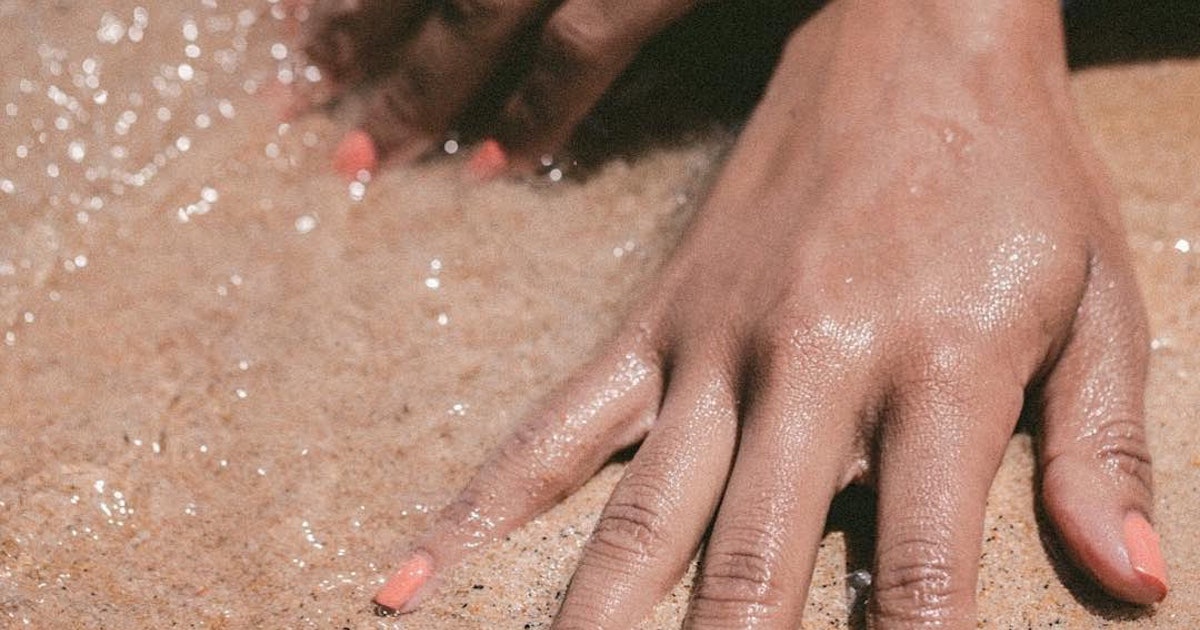 Where Do Mexicans Vacation in Mexico?