The Marching Chiefs will not be in Miami this Saturday when the Seminoles take on the Hurricanes.

“Each year, the Marching Chiefs take to the road for one game to cheer our team to victory,” said M. Todd Queen, Dean of the College of Music. “This year, we traveled to New Orleans, where we thrilled the crowd with our NOLA show and came home with a big win. When we explored the option of a second road trip to Miami, the number of seats needed for the band in the appropriate section of the stadium were not available. While we are disappointed that we won’t be in Miami, we will be cheering on the team from Tallahassee. Go ‘Noles!”

As noted, Athletics budgets enough money for the band to travel to one away game each year. This year the Marching Chiefs chose to attend the LSU game in New Orleans, which included a two-night hotel stay and the opportunity to perform at halftime.

While it is surprising the Chiefs won’t be making the trip to Miami, there are several explanations.

The Osceola was told by an athletic official that the Chiefs decision was made before the season partly because they were invited to perform at halftime in New Orleans and not in Miami. The neutral site Superdome also was able to accommodate lower-level seats in New Orleans that were not available to the Chiefs, who would have had to sit in the upper level of Seminole Hard Rock Stadium in Miami.

An athletic official estimated the cost of the two-day trip to Miami at $175,000 for busses, trucks, hotels, meals and tickets for the 600-piece band.

Given the Chiefs can’t perform in Miami, or sit in lower-level seats, one university employee thought the band may have decided to wait on a bowl trip rather than an 18-hour, round-trip bus trip to Miami.

There are fans who believe the administration should have planned to fund the Chiefs on both trips, budgeting for one game and asking Seminole fans to donate money to fund the additional trip, or by charging and extra $25 band fee on each ticket purchased.

Other fans want the Chiefs to work within the budget allocated by taking a smaller band – perhaps a pep band — to each city, in order to drive the sound of the warchant in unison. But the Chiefs, historically, have been protective of their brand by travelling with the full band or not travelling at all. In years past, FSU fans worked around this by organizing an alumni band or finding a local band to play at away games.

This Saturday, Seminole fans will need to carry the tune on their own.

Amtrak Fall Sale: Plan a Leaf-Peeping Trip with These 50 Percent Off Fares 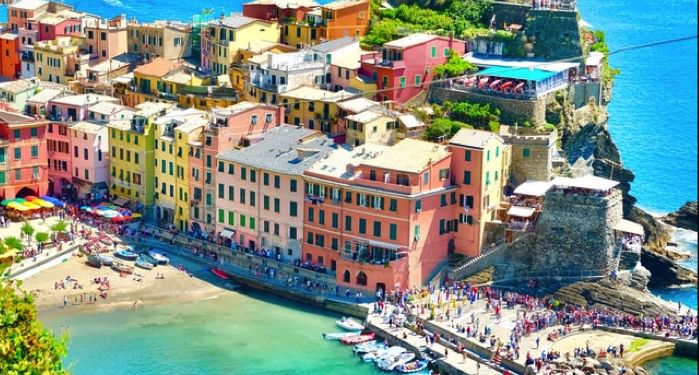 The 25 Best Fall Trips in the World