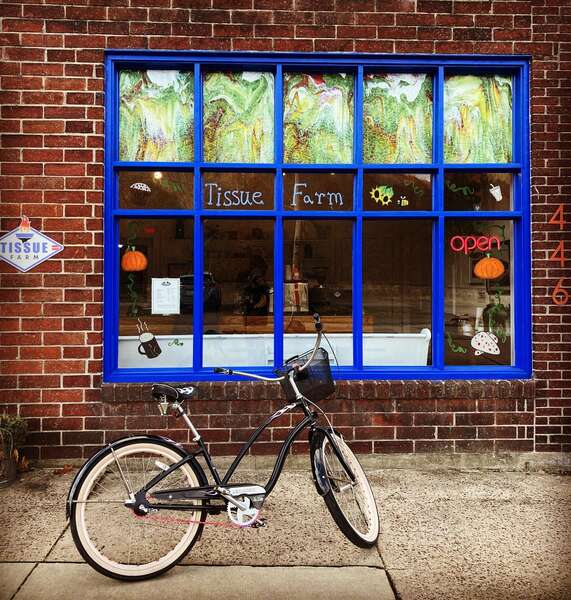 When visitors arrive in the tiny, rural Pennsylvania hamlet of Confluence, it’s often by bicycle. Nestled in the Allegheny mountains, the town is home to just around 600 people—and biking wasn’t always so popular here. For generations, life in Confluence revolved around coal mining and logging. The town hammered out a rhythm of life familiar to rural Appalachian outposts for over a century until those industries began to dry up. When opportunity floundered and left, the town found itself full of shuttered storefronts and empty eateries. Residents wondered what would save their town. They never expected it to be bikes.

“Let us consider what has happened. This town went through the boom and bust of timber, coal, and railroading. And now it has been revived by bicycling,” says Larry Walsh of the Confluence Tourism Association. The overflowing bike racks situated outside of various Confluence businesses are there because the Great Allegheny Passage—a 150 mile bike trail that runs between Pittsburgh and Cumberland, Maryland—now passes through the heart of the town. Locals and bike enthusiasts call it the GAP.

With the steady rise in bicycle tourism across the US throughout the pandemic and an ever-increasing focus on non-motorized infrastructure systems, it’s a good time to make an industry switch. But it’s no longer just a bike trail that’s calling people to Confluence. With old warehouse buildings now housing cafes, art spaces, bakeries, restaurants, and inns, it’s the kind of town that’s a dream to stop by on a road trip—or trail trip. Here’s how the town’s unexpected turnaround happened, and what to check out in Confluence should you decide to see what all the hype is about.

Confluence used to be named “Turkeyfoot” (so bikes surely aren’t the only welcome change). The far less-appealing moniker was given by George Washington’s guide, Christopher Gist, in 1754 after seeing the unusual shape of land here, created by three intersecting rivers. Confluence, we might say, is a more apt name.

Washington and his team surveyed the entire area before building nearby Fort Necessity—which is now a national park. Over the years, through the boom and bust of coal towns, Confluence limped along with less than 1,000 residents and higher-than-average poverty rates for decades. It’s situated in Pennsylvania’s Laurel Highlands—an area known for natural wonders like waterfalls and architectural marvels like six Frank Lloyd Wright homes. Despite the ideal location, the town seemed unable to tap into the tourism market. That is, until the bike trail.

Bicycle enthusiasts long envisioned a completely non-motorized corridor through the Appalachian mountains for years before it actually came to fruition. The section of the trail that runs between Confluence and nearby Ohiopyle was the first completed section of the GAP.

Today, the GAP connects to a larger rails-to-trails system which runs from Pittsburgh to Washington, D.C. But in the late 1980’s, the 10.5-mile section of trail in Confluence was simply known as “the river trail” by locals. It would take several more decades before Confluence became a cycling haven.

When that first section of trail was completed in the ‘80s, it sparked interest from tourists as well as entrepreneurs. Pittsburgh natives Anna Marie Yakubisin and her late husband, Robert Benns, came to Confluence to ride that first trail section as daytrippers. They spotted a for-sale sign at a ramshackle riverfront house along the GAP. Immediately falling in love, they sealed the deal with $200 cash before returning the next week to officially purchase the home. In 1989, they opened River’s Edge Cafe and B & B, the first business birthed out of Confluence’s bicycle renaissance. Still today, cyclists often enjoy a glass of wine on the wraparound porch while otters play in the nearby river.

“I think it’s a misnomer that urban equals culture. Culture is everywhere.”

But it wasn’t until 2013 that the Great Allegheny Passage was fully completed, and that’s when things really began to look up for Confluence. Others came to town and ended up opening a cafe, art studio, and artist residency in an old car dealership. Called Tissue Farm, owners Suzanne Ragan Lentz and Jeffery ‘Pope’ Pankey had been captured by the town on the brink of revitalization while on a visit from Seattle. They bought the shuttered dealership on a whim.

“Ridership numbers keep going up, especially with the pandemic,” says Pankey. “E-bikes have added accessibility to the GAP Trail. We continue to see folks out here that wouldn’t normally be on the trail. The trail adds so much to the livelihood of the town.”

Moving from Seattle to rural southwestern Pennsylvania might feel like a huge shift, but Lentz and Pankey now can’t imagine being anywhere else. “I think it’s a misnomer that urban equals culture. Culture is everywhere,” says Lentz. “The people, both locals and visitors, and the natural beauty keep me rooted in this small Appalachian town.”

Her partner concurs. “There is nothing more rewarding than building a coffee shop and community and cultural center. You become the connecting tissue to folks who live in the same town and might not have met.” The bike rack outside of Tissue Farm is often overloaded as daytrippers and long-haul bikers stop in for an iced coffee or a savory scone fresh from the oven.

Just down the street, the Confluence Cyclery handles tune-ups, bike rentals, and trail-related advice. Sometimes they fix your bike for you, and sometimes they hand you some tools and a rag—it’s a low-key kind of place. A collection of other eateries now abounds in town, and more guest houses and Airbnb’s are added every season. There’s even a waterfront campground in Confluence, too, operated by The U.S. Army Corps of Engineers. The Parker House Country Inn is also minutes from the trailhead. Plastic bins and towels for muddy trail gear greet guests just past the parking lot. More bikes than cars are stowed at the Parker House most evenings as guests stretch out their tired legs on the covered porch.

As for other nearby attractions, it’s all too easy to hop on and pedal your way to Laurel Caverns, Buffalo Bill’s House, or Youghiogheny White Water Rafting.

Have your luggage delivered to the next town on the trail

Confluence is the perfect stop for bikers along the GAP—but it’s just one stop of many. The 150-mile trail boasts a smooth, crushed-limestone surface as it passes through 12 trail towns, three tunnels, two viaducts, and one bone cave (yes, we had to look up “bone cave,” too). Over 1 million visitors travel all or some of the trail annually.

Beyond the increase in dining and lodging options brought by the trail, other industries have also entered the scene. Angela Bonnell founded the Sunshine Luggage Shuttle on the outskirts of Confluence in 2012, just as the trail was nearing completion. Her team ferries luggage from trail town to trail town so that riders can enjoy the scenery without being weighed down. Her first season, she ferried less than ten sets of luggage. This year, she will transport hundreds of orders up and down the GAP and its connecting towpaths.

For those who’ve already been drawn into Confluence’s charms, they have no plans to go anywhere. “The lake, rivers, rafting, hiking, biking—it has these things in abundance,” says Pankey. “It’s so pretty, and these folks are the salt of the earth.” And when it comes to comparisons with big urban cities, he asserts, “Confluence is not that different. Just no Door-Dash.”

You Don’t Need a Car to Explore These Beautiful Cities

These streets are for a different kind of wheels. 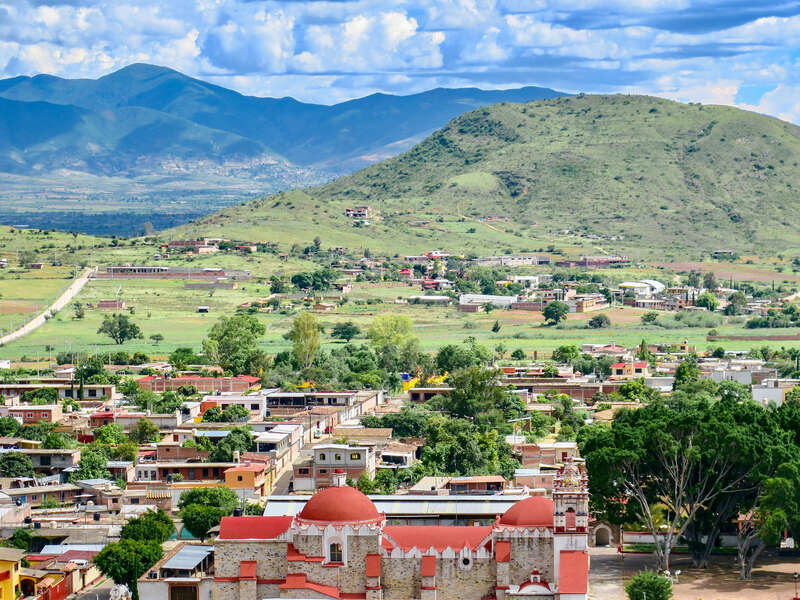 Best Things to Do in Oaxaca, Mexico While on Vacation 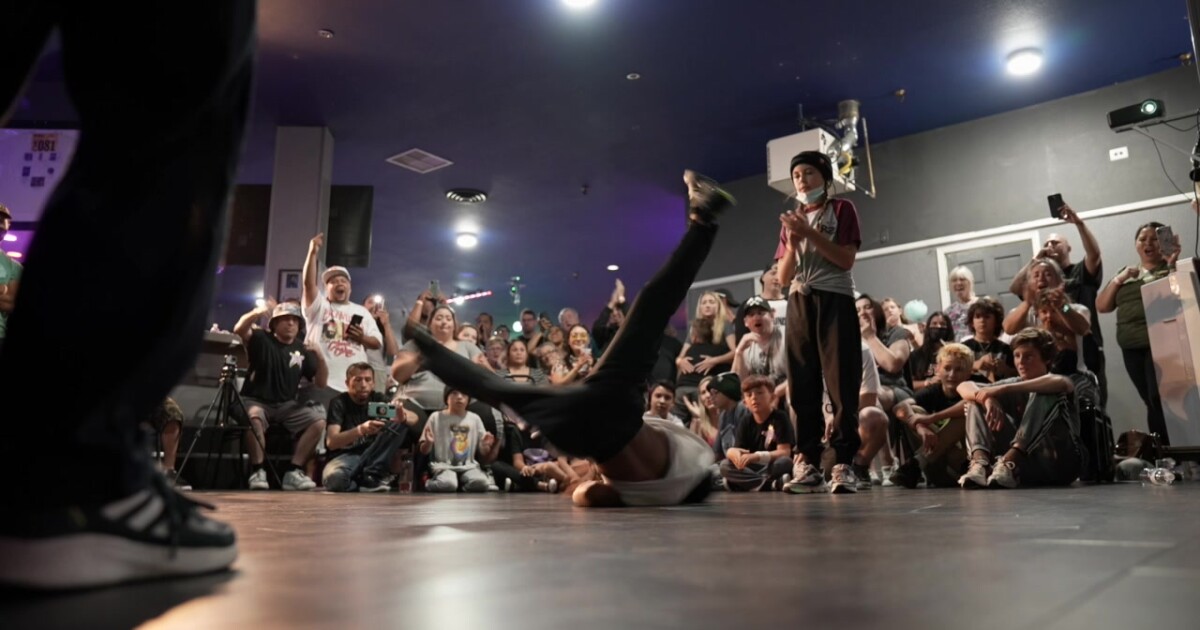 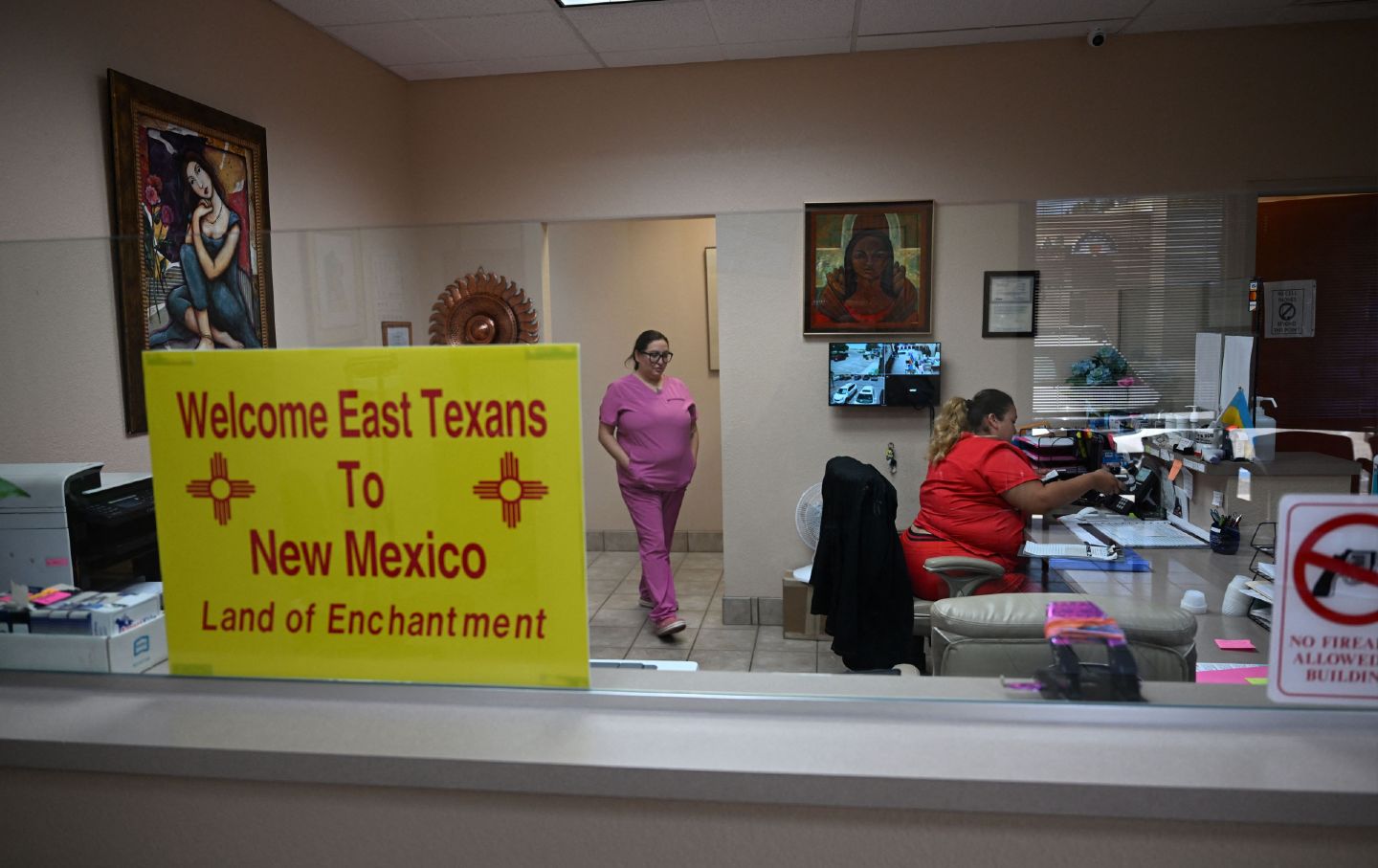 Could GOP States Really Stop Pregnant People From Traveling to Get Abortions?