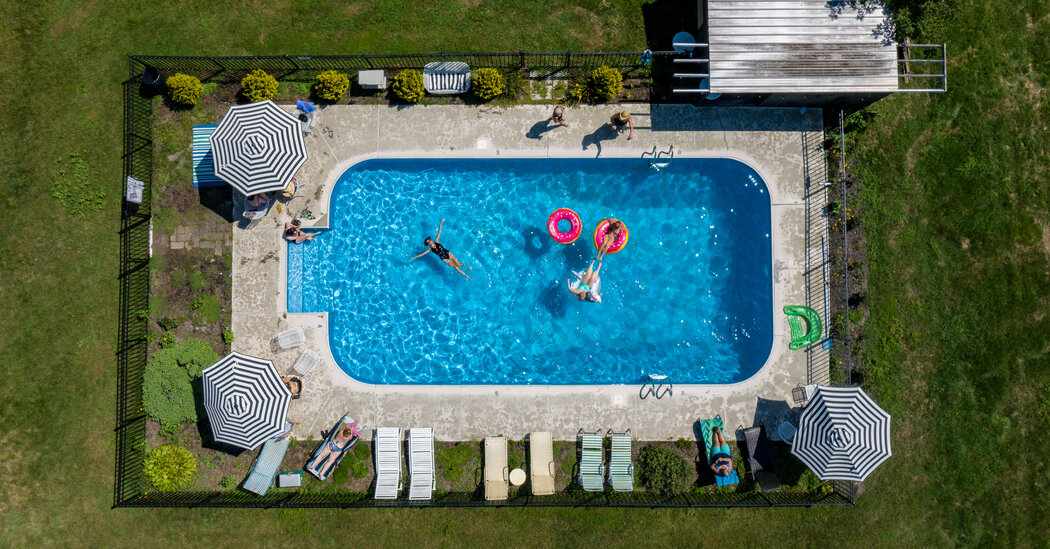 Dana Bowen and her husband, Lindsay Bowen, both 49, initially had been looking to buy a roomy outpost away from New York City that could double as a vacation rental. The couple have a Brooklyn apartment, and a small house in the quaint village of Athens, in Greene County, and habitually scouted Catskill and Hudson Valley property listings looking for “the one” — something big enough to host family and friends, and rent out the rest of the time.

But they didn’t want to be innkeepers. Bed-and-breakfasts felt too stodgy, and nothing quite fit what they envisioned: a place with a vibe or infrastructure that felt special, with ample private guest rooms and bathrooms, and enough space for sizable groups to gather.

Like the rest of the world, social distancing wasn’t on their radar until the arrival of Covid-19 when, suddenly, pandemic-induced guidelines for human interaction became sobering edicts of a new reality. For the Bowens, these protocols got them ruminating about buying an upstate motel instead. They weren’t alone.

Bygone roadside motels and bungalow colonies, which have been hiding in plain sight throughout the region, are getting a second chance at becoming tourist destinations. Now, these rentals are primed for visitors craving a chance to be social with strangers, but in moderation.

Single rooms can be booked, whole bungalows, too. Or even an entire property if that’s desired. Above all, there’s a new level of thoughtful ministering to travelers seeking more than just a weekend in the country. And for those looking to jump into the local hospitality game, several of these motels — both old and revived — are on the market and awaiting new stewards.

At the Starlite Motel in Kerhonkson, in Ulster County, the co-owners, Alix Umen, 57, and Adriana Farmiga, 47, wanted to bring art, culture and a new spin on hospitality to the motel format.

“We’re very community facing,” Ms. Farmiga said. “This is something specifically designed in mind to appreciate and uplift a creative community of artists, makers, farmers, chefs, and musicians.” For guests, that means happenings of every sort. There might be a D.J. spinning, or a team of swimmers entertaining guests with a synchronized ballet. And on Friday nights, even the neighbors turn out for hot vegan comfort bites from a food truck that also operates an on-site bodega during the week.

In the future, the Starlite plans to offer foraging sessions for edible mushrooms and plants abundant in the area, and essential oil formulation workshops, even opera performances from a second-floor balcony. Guests can also expect to see art in the outdoor spaces.

The business partners bought the circa 1958 property in 2018 for $300,000 and have spent about half a million dollars on renovations. “It was a true time capsule,” said Ms. Farmiga, who partially grew up in the Catskills and works as a visual artist and an associate dean at Cooper Union School of Art. “The curtains matched the wallpaper, which also matched the bedspreads in rooms,” she said. The original sign stayed, as did the vintage blue on the doors, which matches the retro key tags. The outside got a face lift in a shade of pale pink.

“It’s somewhere between the Venn aesthetics of Wes Anderson, Palm Springs and the Caribbean. I was also imagining this color palette could weather the seasons here,” Ms. Farmiga said.

The Starlite had a soft opening in December 2019, and accepted reservations two weeks before Covid lockdown shut them down. But the motel hung on. This summer, all 16 rooms have been fully booked, and they are anticipating a packed fall and winter season. Currently, weekend rates range from $250 to $299 a night with a two-night minimum stay.

In the early to mid-20th century, resorts catering to throngs of city dwellers seeking a social summer upstate blanketed the region. Many of these Catskill destinations, in what is known as the “borscht belt,” were in the business of exuberance. Properties with hundreds of acres. Dining rooms that could seat thousands of people. Endless entertainment featuring stand-up comedians, touring bands and nights full of dining and dancing.

These roadside stops were more modest and are now filling a void, said Lisa Berger, the director of tourism and film for Ulster County. Motels, a blend of the words “motor” and “hotel,” first appeared in California in the 1920s as a place for motorists who sought an efficient car-to-bed arrangement, an idea that is seeing a resurgence.

Motels aren’t as familiar to younger generations, because road trip travel changed forever when domestic air travel in the 1960s became more popular. But today, outward-facing rooms and unshared hallways are optimal in a pandemic world.

“Then there’s the whole nostalgic factor,” Ms. Berger said. There’s also influence from pop culture movies and TV shows, like “Schitt’s Creek,” the award-winning sitcom with the cult following, which featured a modest motel as its signature architectural style. “Motel Makeover,” a new reality show about revamping a rundown property, is also now streaming on Netflix.

At the end of June, the Terrace Motel in Ellenville sold for $550,000 to two couples — Victoria and Anthony Nelson, ages 32 and 38, and Jemma and Mitch Allen, both 34 — who intend to revive the dated complex with a budget of $1 million to $2 million.

The motel originally had 44 rooms. It had undergone a few renovations over the decades, including a major update in 1971, but in its formative years, the mid-century-styled compound had an Olympic-size swimming pool, an on-site restaurant, and a cocktail bar called the Terrace Room, where many locals toasted their first legal tipples.

If all goes according to plan, the motel, which sits on eight acres in Ulster County, is expected to open next summer with 20 rooms, a pool club, outdoor events and possibly a spa and sauna. By 2023, they plan to add an indoor event space and restaurant.

When they began work this summer, the owners dismantled fully furnished rooms decked out with bedspreads, lighting, TV’s, even Bibles. They invited social media followers to a weekend yard sale at the motel. More than 500 people showed up.

“We wanted to be as respectful to its history as possible and give the community a chance to own a piece of the Terrace,” Ms. Nelson said. Sure enough, some die-hard pickers traveled up to five hours one way to attend, and even the vintage drapes were sold. But not everything was relinquished. Existing motel signs and a telephone booth will be restored, and the vintage reception desk and bar will be rehabbed, along with several light fixtures.

Though the redesign is only just starting, future guests aren’t waiting to express their interest in blocking time for celebrations. “We’re shocked at how many requests we’ve already received to book weddings,” Ms. Allen said.

Some owners are taking this moment to sell and move on, ready to start new chapters outside of the motel business.

Kate’s Lazy Meadow, which features 10 cabins on 6.5 acres in Mount Tremper in Ulster County, and was owned and operated by the B-52’s singer Kate Pierson and the artist Monica Coleman since 2004, just sold for $2.25 million.

The cabin interiors look plucked straight from the past: a bonanza of colors, retro-inspired furnishings and 1950s style kitchens.

Forty miles south in Sullivan County is the Glen Wilde, a 1940s colony of eight renovated one- and two-bedroom seasonal bungalows on 11 acres, now on the market for $850,000. The property, in Mountain Dale, has 17 units — nine unrenovated units have been gutted and are in need of T.L.C. — as well as a newly renovated four-bedroom stone house. The remodeled dwellings each feature a full kitchen and bath.

The design of Norsdale, a chic mini motel of four rooms in the Ulster County hamlet of Phoenicia, meanders away from the typical neutral rustic cabin aesthetic in favor of brazen hues that follow the CMYK (Cyan, Magenta, Yellow and Key, or black) color model, standard in printing.

“Why does a motel need to have a cabin vibe? We decided we should create something super magical and unique,” said a co-owner, Jove Meyer, 36, an event planner and interior designer based in Brooklyn.

The property, which also includes a five-bedroom house and 10 acres of land, is up for sale for $1.495 million. Mr. Meyer and two other co-owners bought the buildings in 2017, and have spent the last few years modernizing the property. Their first guests arrived at the stone house last summer, and the motel welcomed guests starting this past June.

Now, Mr. Meyer and the others are following their hearts and careers out of the Catskills. “We loved the process of creating this together, and it deserves someone there full-time, loving it as much as we do,” he said. Both Glen Wilde and Norsdale have been listed by the Upstate Real Estate team of Keller Williams Realty Hudson Valley North.

The cottages will need to be torn down, the septic needs replacing, and land will need to be cleared. “It’s been empty since the late 1990s,” said Arlena Armstrong-Petock, the listing agent with Country House Realty. The Lantern is in Greene County, and faces little competition, unlike the bevy of motels to the south. “There really isn’t one of these in this area,” Ms. Armstrong-Petock said.

In February 2021, the Bowens found and bought their dream motel with 10 rooms in Hillsdale, located in Columbia County. The 1963 property was called the Silvanus Lodge, a working motel that had been on and off the market for the past two years.

“With Covid we started thinking, how great to have rooms with separate doors out to the pool,” said Ms. Bowen, who is a food editor, writer and co-founder of the Dynamite Shop, an online cooking school for children. They could invite friends and family and “everyone could be together outside, or in the lobby when things get better, then retreat to their rooms.” And they could rent it out when they weren’t using the space themselves, because “it was small enough that it seemed doable, especially if we weren’t renting out room by room.”

There was no drastic overhauling to be done, only cosmetic updates, and a new name: The Sylvan Motor Lodge.

The outdoor spaces got the biggest transformation. A covered grill area was turned into a kitchen, and new gravel and picnic tables were added to create an outdoor dining area. Most of the vintage pool furniture was sourced from old resorts in the Catskills.

Guests started arriving in July. Rates are $1,750 (plus tax) a night for use of the whole property, which includes all 10 rooms and 16 beds, with discounts for longer stays. (The Bowens manage the lodge from their home in Athens.) “While it’s ideal for family reunions and friends’ weekends, we also figured it would be the right size for creative and nonprofit communities to work on projects together,” Ms. Bowen said.

There’s a master plan to offer curated experiences at the Sylvan Motor Lodge in the future. “Part of this was always about the programming,” added Mr. Bowen, a podcasting executive and a co-founder of the 24 Hour Plays. For now, they’ll steer visitors toward day trips to bike or kayak, or help bring in instructors for everything from yoga and cooking to spoon carving, pickling and foraging. They even know the best barn dances in the county to kick up your heels.

Soon they will paint the new name on the brick tower where the sign used to be. “I love seeing how everyone is reinventing these classic motels in different, highly personal and unique ways,” Ms. Bowen said. “The more motel makeovers, the better.” Strategies to help you save on your next trip 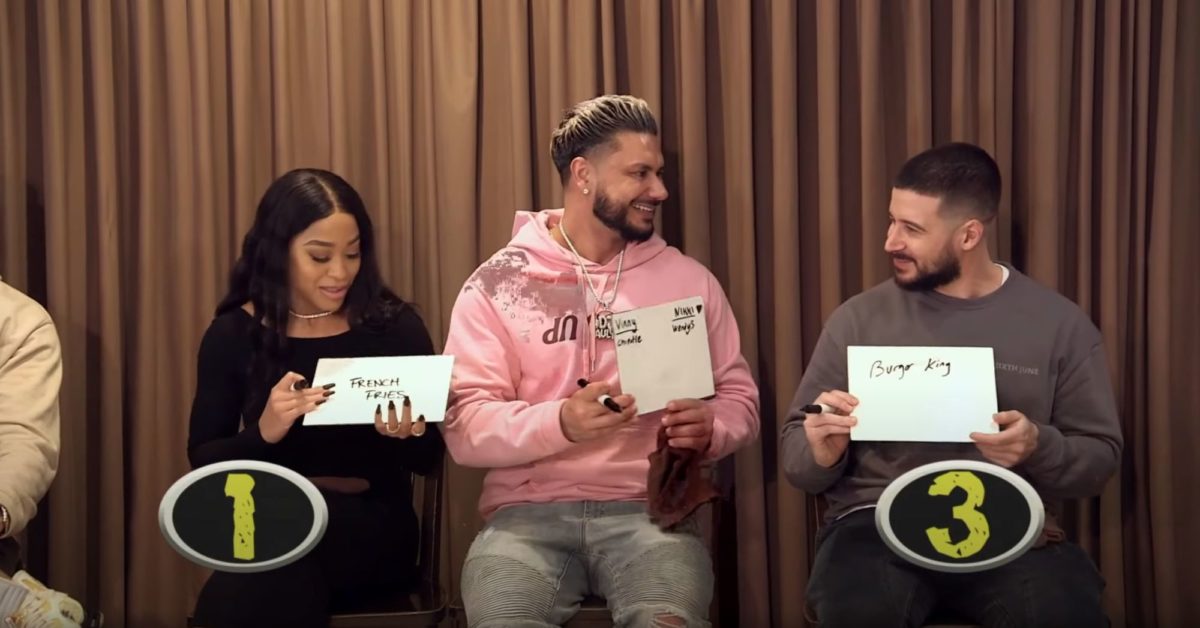 The Couples Go to War