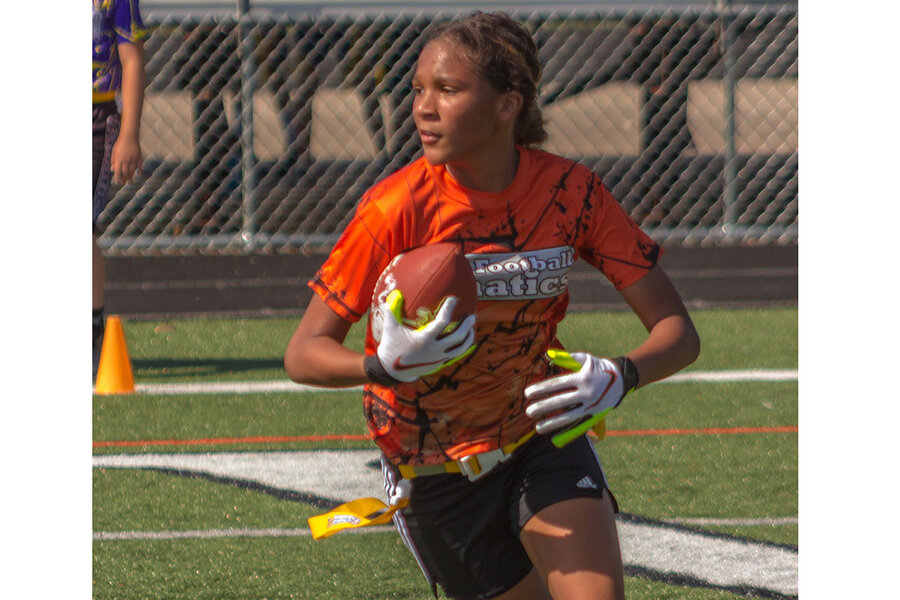 The 2008 recession drove communities to cut public sports programs, giving rise to a surge in pay-for-play athletics. The youth sports industry “is a now $19 billion annual business,” says Tommy Dorsch, a scholar at Utah State University’s Families in Sport Lab. “That’s larger than the NBA, NFL, or NHL. And a lot of that is built on selling hope.”

That hope draws in families with the allure of college scholarships and dreams of professional sports careers, driving up the stakes for young athletes, and driving out the fun.

Why We Wrote This

Amid increasing pressure to treat youth sports like a career, some families and educators are pushing back – demanding playtime be fun again, and offering solutions to make it equitable and affordable.

Melanie Redd knows it well, as the parent of a gifted athlete – and the strength coach at Chaminade Julienne Catholic High School in Dayton, Ohio. “At this point,” says Ms. Redd, “the situation is out of control.” Parents are paying people to train their kids, and these folks are telling the parents “their kids’ ceiling is the professional level.” In fact, she says, “the vast majority of these kids’ ceilings is doing well in high school.”

At Tuscarora High School in Frederick, Maryland, administrators are trying something new: using daily flex periods to offer students a chance to try out sports of their choosing. The school’s soccer coach also implemented a no-cut policy on his varsity team and guaranteed game time for every player.

“Upfront honesty, continued conversations throughout the season with players, and good record-keeping were [the coach’s] best tools,” says Athletic Director Howard Putterman, “and the parents and players for the most part jumped at the chance to be a part of this.”

Melanie Redd is feeling the heat as coaches and other parents set their eyes on her daughter Laila, an athletically gifted 12-year-old. From basketball, touch football, and volleyball, to family ski and snowboarding vacations, Laila loves sports – and seems to excel at most everything she tries.

But the world of youth sports has become a pressure cooker – one that, for now, the Redds have managed to resist. “All we ask when she comes home,” says Ms. Redd, “is how was practice and did you have fun?”

Others around the Redds aren’t so laid back. When Laila was 10 years old and shooting baskets at a local gym, she was approached by a male coach who gave Laila his card and told her he wanted her on his travel team.

Why We Wrote This

Amid increasing pressure to treat youth sports like a career, some families and educators are pushing back – demanding playtime be fun again, and offering solutions to make it equitable and affordable.

That experience unsettled Ms. Redd. She didn’t appreciate a male stranger approaching her daughter and giving her his number – and she was angry that an adult would bypass the parents about a decision that potentially could involve thousands of dollars.

Ms. Redd is also feeling the heat from other parents and coaches who want to know when Laila is going to “commit” to a “principle” sport, and the year-round training that comes with it. It’s necessary, she’s told by others, to help Laila earn a college scholarship.

The Redds are among thousands of families facing a system built on endless pressures to “reach the next level,” feeding an industry that rakes in billions of dollars a year. They also represent a growing movement to push back on a system that expects children and their parents to treat game time like a career with adult demands and expectations.

Laila is one of the fortunate ones. That’s because Ms. Redd knows better. She’s the strength coach at Chaminade Julienne Catholic High School in Dayton, Ohio, and over the years she has seen firsthand how recruiters and travel coaches use the allure of college scholarships to draw parents into paying for expensive, high-end, year-round training.

“At this point,” says Ms. Redd, “the situation is out of control.” Parents are paying people to train their kids, and these folks are telling the parents their kids’ ceiling is the professional level.” In fact, she says, “the vast majority of these kids’ ceilings is doing well in high school.”

The Redds’ knowledge of the sports landscape and their desire to keep sports fun for Laila has, for now, kept her in the games.

About two-thirds of kids in Laila’s age group, however, leave sports. Travis Dorsch, a scholar at Utah State University’s Families in Sport Lab, has been carefully tracking youth sport participation. He says kids make it clear in surveys that one big reason they quit is that sports are no longer “fun.”

The pandemic has exacerbated this problem, says Jon Solomon, editorial director for the Aspen Institute’s Sports and Society Program. “One in four parents say their kids have lost interest in sports during the pandemic. This suggests they weren’t having a good experience before the pandemic started.”

Though parents often get the blame for bringing too much pressure to bear on their kids, Mr. Dorsch believes the reality is more complex.

The issue around young people quitting sports “is more systemic than parents,” he says. There’s the pressure brought to bear by other families, coaches, and pay-to-play organizations. And then there’s the reality that society has turned its back on public parks and recreation programs that historically delivered youth-sports experiences.

Pay-to-play groups have been around for years, but after the Great Recession of 2008, says John Engh of the National Alliance for Youth Sports, they totally took control. Municipal governments forced to find money in their budgets at the height of the recession found it, Mr. Engh says, by “defunding parks and recreation departments.” Since then, he continues, cities have been “more than … happy to pass off sports to private groups.”

This has fueled a surge in spending on pay-to-play sports. The youth sports industry, says Mr. Dorsch, “is now a $19 billion annual business. That’s larger than the NBA, NFL, or NHL. And a lot of that is built on selling hope.”

Putting a price on hope

How much does this hope cost? When Colin William and his wife, both professors at Purdue University, sat down five years ago to tally how much they were spending annually to keep their then-12-year-old son playing tennis, they were shocked to learn the total topped $10,000.

“It’s ridiculous,” says Mr. William. “We were doing no more than traveling around the Midwest and paying for training. He isn’t playing in national tournaments in California.”

It’s not that he is ready to write off highly competitive sports at the youth level. “I’ve seen a lot of positive things for him over the years,” Mr. William says. But as a parent he sees the pressure that builds and understands that parents have a key role to play.

“Parents have to be very attentive to what their kids are saying about competition. If they’re really excited about this, then it’s great. If they’re reluctant, then it’s important for parents to listen to that.”

Fortunately, some organizations are starting to listen to kids, too. Really listen.

Let them lead the way

At Tuscarora High School in Frederick, Maryland, an awareness that so many kids were quitting sports in middle school got physical education teachers thinking about how to help students be more active. The motivation wasn’t to shake up the sports industry. They just wanted to get adolescents moving.

Howard “Howie” Putterman, seen here with his daughter, is the athletic director at Tuscarora High School in Frederick, Maryland. Mr. Putterman and his colleagues are bringing fun back to sports and creating more opportunities for high school students to play.

PE teachers used an existing 30-minute flex-time period each day to offer a 3-on-3 basketball tournament for kids who couldn’t commit to the varsity team or lacked the skill to make a squad.

The idea proved so popular that teachers decided to see how far they could push it. The program is guided by three principles, says Athletic Director Howard “Howie” Putterman: “Inclusivity, access, and free choice.”

“We had badminton for a while,” says Mr. Putterman. “We created archery. We created ice hockey.” Whatever a kid wants to try, “we are willing to try,” he adds.

This inclusive approach has upped the number of students active and playing sports at Tuscarora. It’s also having an effect on what are traditionally highly competitive, high-intensity varsity sports.

Everyone makes the team

Mr. Putterman instituted a no-cut policy in a pandemic-shortened 2020-21 sports season. As a result, the boys soccer team had 41 varsity players. An unheard of number.

The coach created a system that guaranteed every player significant time in at least two games of the nine-game season. To make sure everyone knew the rules, he created a graph to explain how decisions were made and how players could earn more time.

“Upfront honesty, continued conversations throughout the season with players, and good record-keeping were his best tools,” says Mr. Putterman, “and the parents and players for the most part jumped at the chance to be a part of this.”

Not only did more students play, but they also had a number of first-timers – many of them English-language learners. And parents supported the whole team, not just their kids.

Ms. Redd, Mr. William, and Mr. Putterman know what too many parents and coaches fail to understand: “There aren’t more opportunities available today [in sports] than there were 30 years ago,” says Mr. Dorsch. “But there’s a lot more people making a living off that process.”

Get the Monitor Stories you care about delivered to your inbox.

At the end of the day, says Ms. Redd, “The people most in charge of these kids are the parents, so there has to be something in place to educate them about protecting their kids without getting in their way.”

Mr. William may well have the best guide to striking a proper balance. “Sports and parenting can’t be separated,” he says. But it helps to remember that your first job is “raising a child into an adult. … [Developing] an athlete is secondary.” 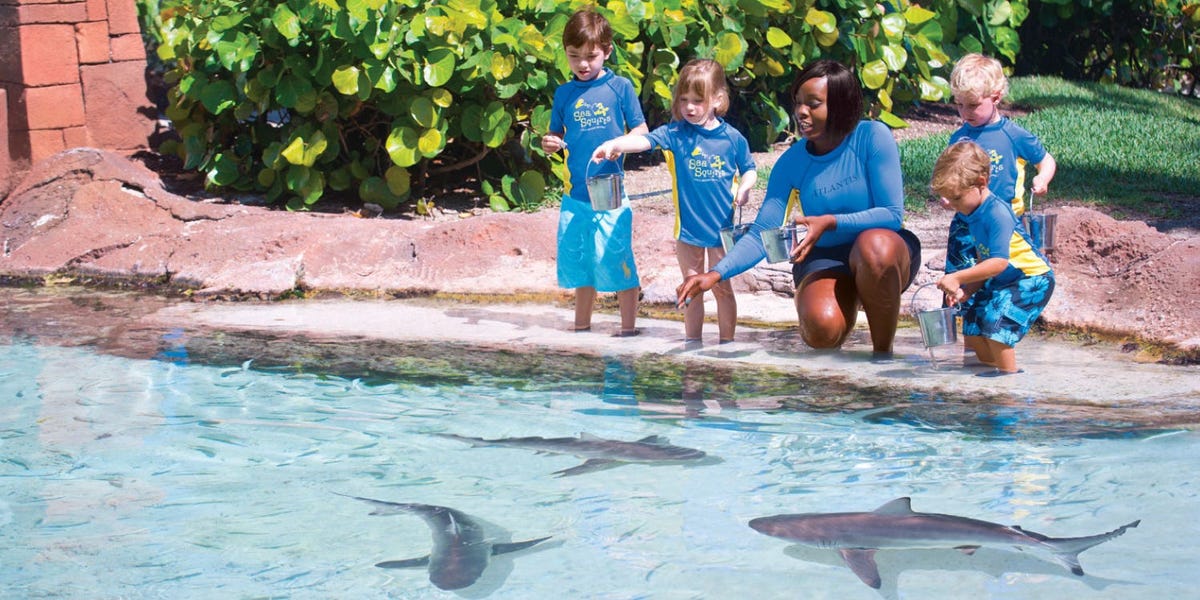 The Best Hotels and Resorts With Kids Clubs in 2021 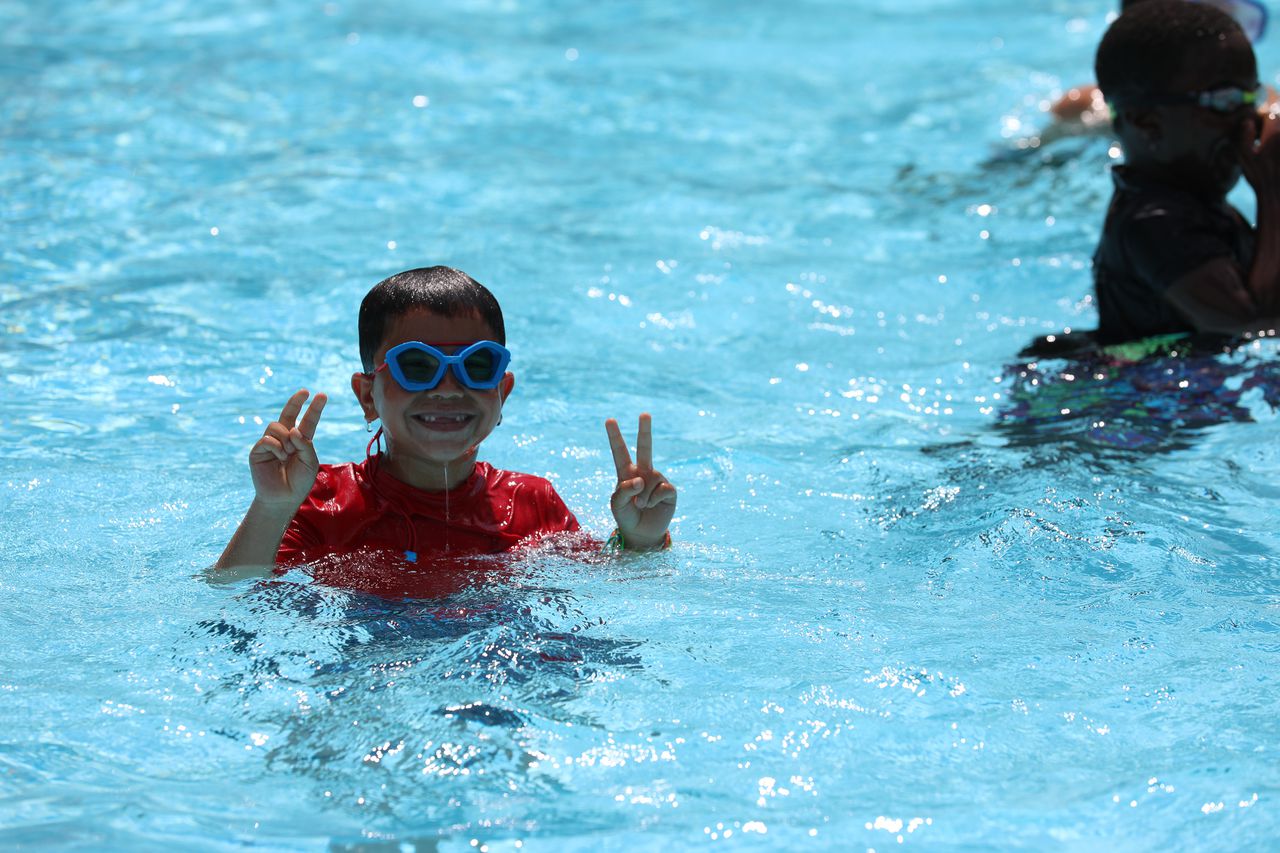 2 orphaned children find joy in their Staten Island summer; but will they find a family?