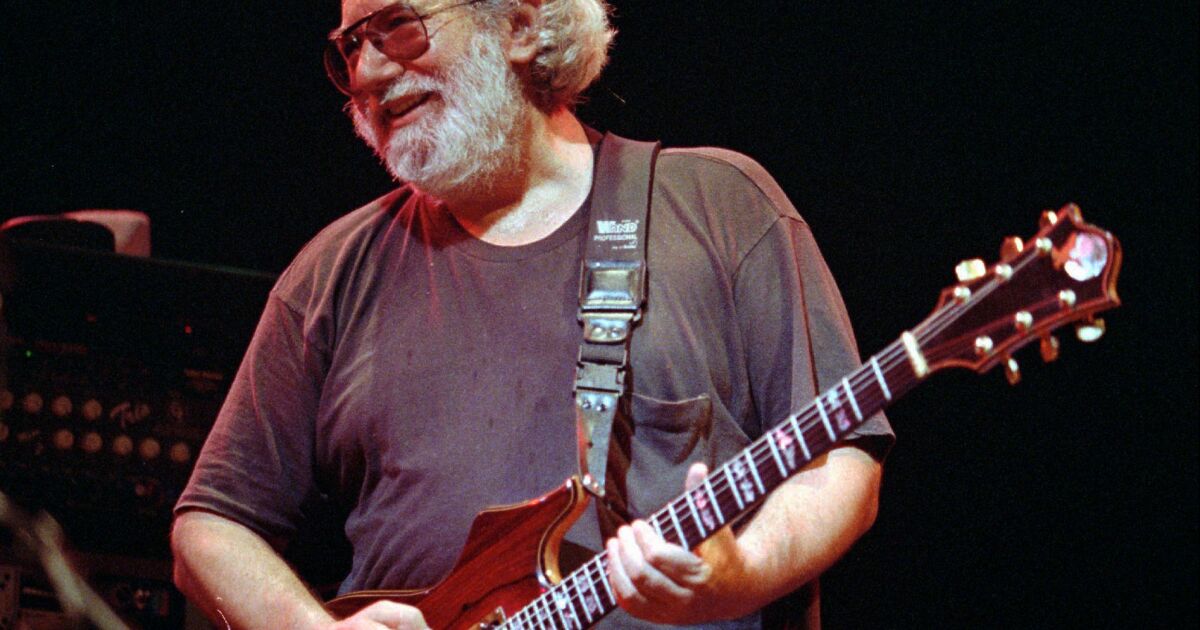 Before his death, the Grateful Dead’s Jerry Garcia tried to get clean after years of freebasing cocaine and other drugs, so he gifted a marijuana pipe to a fellow musician who socked it away in his San Francisco home.

About 31 years later, the handmade pipe has resurfaced in a Marin County antique shop, whose owner considers it a unique rock ‘n’ roll artifact.

“My shop is fun and a lot of fun stuff walks in the door,” Steve Cabella, owner of the Modern i Shop in San Anselmo, told The Times. “But when this walked in the door, it was simply one of the more interesting things that have walked through that door.”

Cabella declined to say if the pipe will be on display at his shop, only that he hopes to donate it to a museum.

Few people would be surprised to hear that the guitarist for the eclectic California rock band got high or that he owned a pipe. With his bird’s nest beard and spectacles, Garcia captivated legions of fans with his blend of blues, folk and psychedelic rock while playing with the Grateful Dead. But by 1985, Garcia was arrested in San Francisco for freebasing cocaine in his car.

In an effort to get clean, Garcia decided to give away his pot pipe. According to Cabella, the pipe was created and given to him by Owsley “Bear” Stanley, the band’s audio engineer and reputedly one of the first people to mass produce large quantities of LSD in the 1960s.

In many ways, the pipe could be viewed as a relic from the psychedelic rock era, but Cabella said he doesn’t plan to sell the pipe or even smoke out of it. He views it as an artifact, one that extends beyond the drug paraphernalia history.

The Grateful Dead had legions of devoted fans, known as Deadheads, who followed the band as it toured the world. Sotheby’s auction house appealed to such devotees last year when it auctioned off musical instruments, gear, clothing, concert posters, guitars and other memorabilia from the band.

The pipe — made of bone and leather — was last seen after longtime collaborator and keyboardist Merl Saunders and Garcia worked on the album “Blues From the Rainforest” in 1991, according to Cabella. Garcia stored the smoking pipe at Saunders’ San Francisco home while the two recorded the album, the family told Cabella. Then it was completely forgotten.

The shop owner would not reveal how much he paid for the pipe, only saying that it was several months of his budget to purchase goods and in the “low thousands.”

The pipe is adorned with a carving from Garcia’s 1978 solo album “Cats Under the Stars” and a second carving of a tiger. Cabella believes the pipe predates one of Garcia’s custom-made guitars he named “tiger” and adds another notch to the pipe’s place in music history.

“Owsley [Stanley] had a lot of sources for imagery that he used on the [pipe],” Cabella said. “So he bestows the name on Jerry and Jerry is so into that he names his guitar tiger.”

Stanley picked up his skills at making jewelry and other crafts in a prison hobby shop during a three-year prison sentence following a police raid on his LSD lab in Orinda, Calif., according to Tim Scully, who traveled with the Grateful Dead as the band’s electronic designer.

“Bear wanted to be known more for being an artist than for being an LSD manufacturer,” Scully wrote in an email to The Times.

But Stanley’s son, Starfinder, questions whether his father made the pipe, saying it doesn’t share any similarities with Stanley’s work, which was of a higher quality.

“Bear made some carved hash pipes in prison and subsequently, but all of his sculpture was very distinctive, and this looks nothing like his work,” Starfinder Stanley wrote in an email.

Starfinder Stanley said Cabella’s claim that Stanley made the pipe is purely fabricated in an attempt to raise the value of the item.

In response, Cabella said if it wasn’t Stanley, then who would have made Garcia the pipe?

“It has to be Owsley, historically speaking,” Cabella said in a text message.

Stanley not only influenced Garcia later in the band’s career, but he also financed the band and designed its “Wall of Sound,” a literal wall of speakers that accompanied the band’s live sets in 1973. He would go on to build a massive archive of live sessions from numerous bands he mixed sound for over the years.

Born Augustus Owsley Stanley III in Kentucky on Jan. 19, 1935, he was the grandson of a Kentucky governor and son of a naval commander.

Dubbed the “Acid King” by the media, Stanley was immortalized in Tom Wolfe’s book “The Electric Kool-Aid Acid Test.” The nonfiction work detailed a series of parties thrown by author Ken Kesey and his band of Merry Pranksters, who came to epitomize a louder, more vibrant sect of the beat generation that used LSD supplied by Stanley.

More than 30 years after the pipe was last seen, it reappeared when Saunders’ family was clearing out his San Francisco home. The pipe was in an envelope dated 1985 in a hideaway bed built into a wall, Cabella said.

Although Garcia gifted the pipe to Saunders, the keyboardist did not use drugs and hid the pipe. When reached by phone, Saunders’ son declined to comment.

When Garcia died in 1995 at age 53, he was staying at a rehabilitation facility trying to get clean from his years of drug addiction. His death reverberated across generations of music fans. At the time, President Bill Clinton told MTV he and then-15-year-old daughter Chelsea were fans of the Grateful Dead.

Stanley died in 2011 after he crashed his car while driving in a storm near the town of Mareeba, Australia. 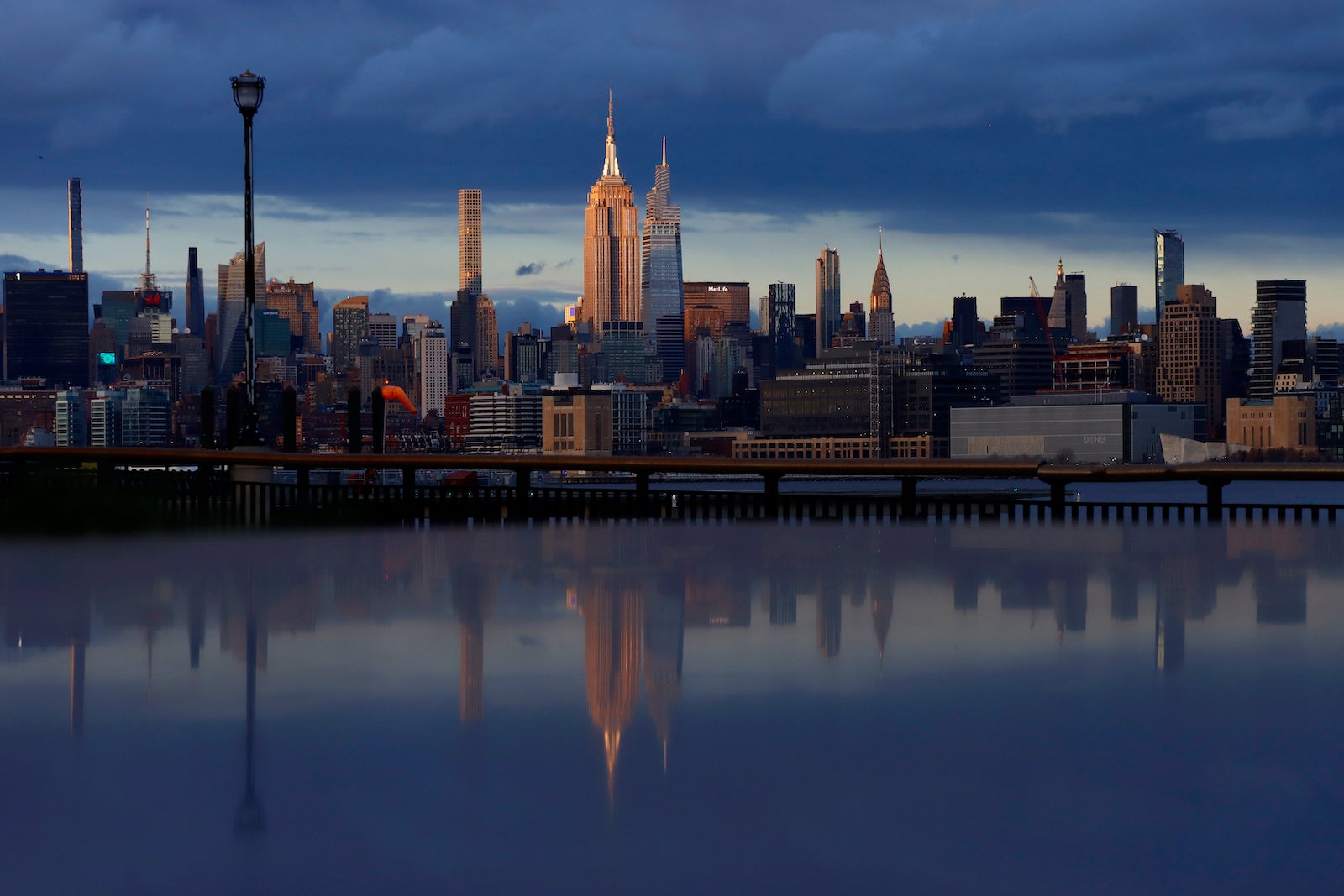