At the council’s agenda meeting Thursday evening, Councilor Roz Randorf suggested splitting up the proposal into three parts so the council would have the option to approve some parts of the resolution.

The three segments are: to hire Minneapolis-based Bellmont Partners for marketing and promotions with a $1.8 million budget for 2022 with options for 2023 and 2024; to partner with Visit Duluth to provide convention coordination and visitor’s center operations; and to create a new tourism, arts and culture full-time position at City Hall to oversee and manage the tourism and arts relationships, which would be paid for from tourism tax collections.

City councilor Arik Forsman, Larson and Chief Administrative Officer Noah Schuchman provided the council with more details about the public bidding process that resulted in the selection of Bellmont Partners. Until this year, the city’s sole promoter was the nonprofit Visit Duluth. The city worked with Visit Duluth from as far back as 1935.

Larson said the administration chose to go through the bidding process for a few reasons.

“We feel like good governance requires us to have a public process for anything on which public dollars are spent,” Larson said. “There’s no other area where we give money directly to a private entity and give away oversight to a board like this. And we chose to do it now because we were at the end of the contract.”

Larson said the city notified Visit Duluth of its intention to do a request for proposals for the next year. The city then put out a request for qualifications in May, which resulted in applications from 28 firms — five in Duluth, 15 from elsewhere in Minnesota and eight from out of state. Nine were selected for first-round interviews, and five ended up moving forward to the second round — all from Minnesota, including two local firms, one of which was Visit Duluth.

Forsman said the group which interviewed and ranked presentations from the final round of proposals had scored Bellmont Partners first and Visit Duluth fourth.

“Which breaks my heart to say,” Forsman said. “I adore Anna Tanski and I know they’re all good people and well-respected. I wanted this process to end differently, but having gone through it, I can’t say objectively that they were the top candidate.”

Councilor Joel Sipress focused on how the move to call for bids was a shift from one model of tourism promotion to another and that both models had “pitfalls.”

“This is not like any other service that we purchase,” Sipress said. “We’re moving this from a relationship with a partner to a service from a vendor. Both have their advantages and disadvantages.”

He also asked if Bellmont would be open to working with local advertising agencies in future projects, which Larson said would be a question better answered by Bellmont at the council meeting on Monday. The firm will be there to present its plans to the council and answer further questions.

Councilor Zack Filipovich noted that he would abstain from voting on the resolution as he serves on the Visit Duluth board and has a conflict of interest.

Visit Duluth, while not receiving the contract to promote the city, was offered a $400,000 contract for convention sales and event promotion and visitor’s center operations. Larson said the offer came from conversations with Visit Duluth about its organizational strengths.

“They’ve demonstrated their capacity and vision to be effective in that role,” Larson said. “It’s their choice now, and we understand that it’s not the proposal that they came in with, but it’s what we have to offer.”

According to Larson, Visit Duluth said that it has a board meeting on Aug. 18 and needs the time before then to finalize what the proposal would look like. Sipress asked if the City had a Plan B in case Visit Duluth rejects the proposal.

“There was another vendor who applied for that part of the work,” Larson said. “They thought it would cost them around $500,000 based on what was presented. We see if they’d still be interested or we could go through the request for proposal process again.”

The creation of a new tourism, arts and culture position

The last proposal, to create a new full-time tourism, arts and culture position, drew the most contention from councilors. Both Sipress and Randorf stated that if the resolution had remained in one piece, this proposed position would stop them both from voting for it.

“I field so many calls about the state of our parks and our public spaces,” Randorf said. “And a lot of the time, my answers to the public is, no, we just don’t have the money for it. We lack the financial resources to take care of everything. I can’t then vote to develop a new position, as great as it would be, when we have other things we need to take care of first. I’d rather see this money go towards park maintenance.”

Council President Renee Van Nett said she wanted to have further discussions on the role before she would approve it and proposed tabling it on Monday. 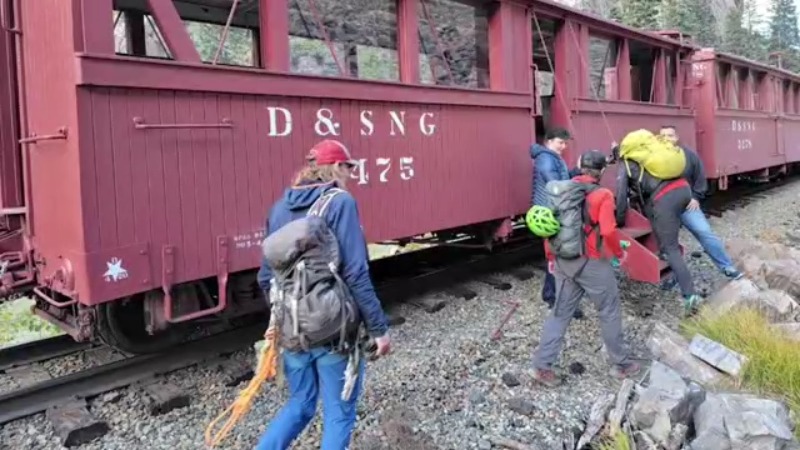 Breckenridge looks ahead at data, campaigns for winter tourism season as bookings dip